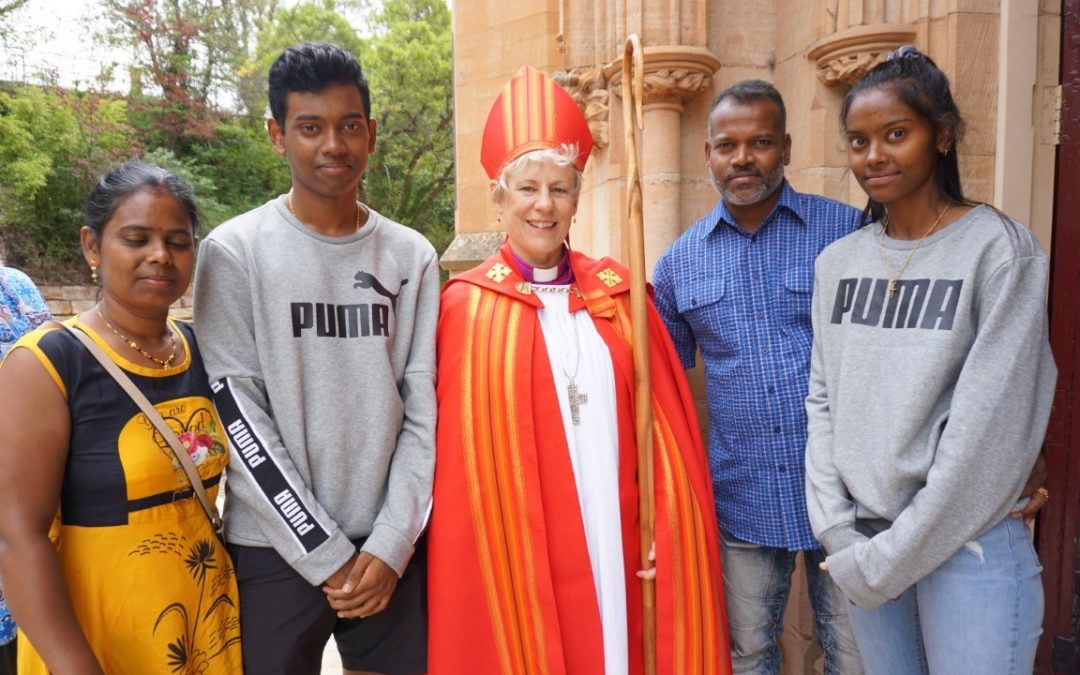 This week, I sat with a Sri Lankan refugee family as they processed devastating news. Their appeal to remain in Australia after ten years on a temporary visa has been denied. They face deportation to a country where they will once again live in fear. Mum was weeping and dad silent and deeply depressed.

Their now teenage children, excelling in their Australian schools, no longer speak their original language and are filled with apprehension at the prospect of returning to a country where the family is not safe.

This family arrived in Australia in 2010, following the dad’s capture and ongoing torture. He finally managed to escape, after which the family fled, taking the action they did as they saw no other alternative. On arrival in Australia, they were granted refugee status and a temporary visa. The long and involved journey of interviews, assessments and paperwork was almost complete when their refugee status and visas were rescinded.

The family was able to lodge an appeal. The regional parish that had ‘adopted’ them called for donations, and raised more than $10,000 to provide support for the family and pay for their legal costs. Following more than a five-year wait, the final determination was received last week.

It’s hard to describe this family’s grief and hopelessness.

As I relayed this story to a colleague, I was told of another young lad who had fled to Australia twice as a child on his own, once when he was eleven and again when he was thirteen. He too had appealed against the cancellation of his temporary visa. Despite the fact he had worked hard in school, and was six months into a full scholarship to study at university, his appeal has been denied and he, too, is to be deported.

I understand the need to protect our borders. Really, I do. But when political agendas preclude any option to exercise compassion and acknowledge special circumstances, I begin to despair.

What have we become?

I’d love it if we could sing the second stanza of our national anthem and actually mean it.

Beneath our radiant Southern Cross
We’ll toil with hearts and hands;
To make this Commonwealth of ours
Renowned of all the lands;
For those who’ve come across the seas
We’ve boundless plains to share;
With courage let us all combine
To Advance Australia Fair.
In joyful strains then let us sing,
Advance Australia Fair.

Please, please, pray for my refugee family and others like them.