The Gentleman Convict in Yass 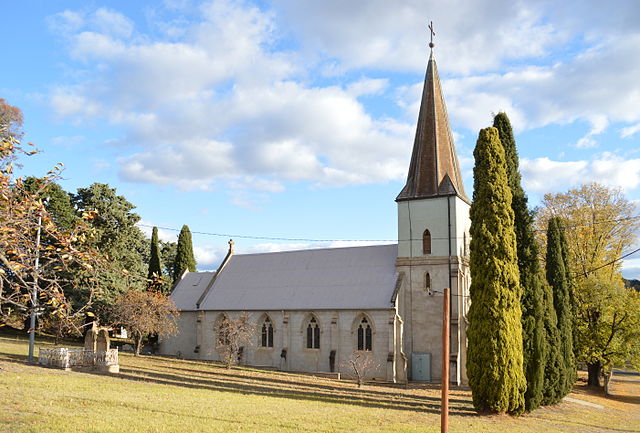 Between 1788 and 1868 approximately 162,000 convicts arrived in the Australian Colonies from Britain. It is likely that someone reading this edition of Anglican News is descended from one or more of those convicts. I know of at least one former Prime Minister and an Anglican Archbishop who have convict ancestors.

In this period when family history is a growth industry, to discover a convict ancestor is often a source of pride and fascination. The convict records include personal descriptions of them, which is more than records of most early free settlers tell us.

But very few convicts had either the education or the inclination to publish their feelings and experiences of transportation. I spent a day in the National Library reading the book published by one ex-convict after his return to Britain. His name was Charles Cozens and his book, now very rare, is Adventures of a Guardsman, published in 1848. It helps us to imagine life in the early days of what is now the Diocese of Canberra and Goulburn.

Cozens was the son of a Welsh JP and received an excellent education, and eventually joined the Royal Horse Guards, a regiment known as ‘The Blues’. He was a fine soldier but his quick temper got him into trouble. For threatening a superior officer he was sentenced to seven years transportation. He arrived in NSW in March 1841 with more than 200 other felons. Cozens was known as a ‘gentleman convict’.

But his military training, education and social background soon gave Cozens an opportunity to be promoted to the Border Police in the Colony. He was sent to the Cooma district and helped to keep order over the Monaro and the South Coast for more than a year.

Back in Sydney at the Hyde Park Barracks he was astounded to receive a visit from an old school friend who had heard he was in the Colony. This was the Reverend Charles Ferdinand Brigstocke, Rector of Yass, who came from the same district as Cozens in Pembrokeshire in Wales.

Brigstocke had arrived in the Colony shortly before Cozens and Bishop Broughton appointed him to the Yass district, where he served with distinction. Brigstocke and Cozens had many mutual Welsh links and they must have found much to talk about. His friendship was to be of great value to Cozens.

Brigstocke invited Cozens to go to Yass and he even interviewed the authorities in Sydney to secure a Ticket of Leave for his friend, which was granted. Cozens tells us that he walked the Great South Road to Yass, a journey that took him six weeks. On arrival he joined the local police troopers and seems to have attended worship in the Court House. St Clement’s Church, designed by Edmund Blacket, was officially founded by Bishop Broughton on 26th November 1847.

Cozens seems to have been a very determined trooper and once nearly died trying to cross a flooded river to catch a criminal. He comments on the very attractive young lady, Susan Adye, daughter of a local Justice of the Peace, who was married to Brigstocke shortly before Cozens arrived in Yass.

Eventually, with his impressive record of good behaviour and police service, Cozens found himself a free man and allowed to return to Britain, where he wrote his memories and vanished from the records.

Charles Brigstocke was a very energetic and devoted parish priest. He once had the horrible experience of burying 71 flood victims of the great Gundagai Flood of 1851. Brigstocke died in 1859 and is remembered as a pioneer priest of what is now this diocese. His grave is in the shadow of St Clement’s Church.