Genevieve Jacobs on the Role of Media in Australia 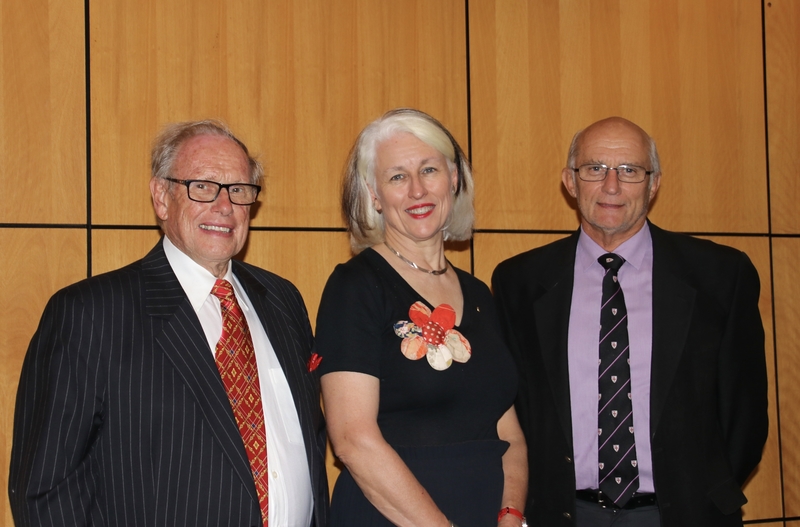 Media matters never more than now, Genevieve Jacobs AM, Group Editor of Region Media, told the attendees of the Christians for an Ethical Society annual dinner on 15 March 2022. Her talk, which also told us much about her own history and love for what is good, true and beautiful, covered two key issues: why should we care about the media and what should we do about it.

Why should we care about a strong and independent media?

Of greatest relevance to her audience, she stressed the bearing independent news has on our capacity for ethical decisions. Critically, independent media is a vehicle for truth-telling, and all thoughtful people need truth and a variety of voices, as no-one owns all the truth

She invited us to imagine a future without strong media – important court cases would not be reported (for example Mabo, or more recently Bernard Colleary), government budgets would go unchallenged, information on disasters and recovery would be limited, and false news would be promulgated by governments and other sources.

A quick survey of risks to a strong independent media and reasons for the decline in trust in journalism (apart from the commonly known issues of changing platforms and revenue), included evidence of confusion between fact and opinion (many people do not know what an editorial is); and that a better knowledge of the focus of readers (people read politics and sport much less than thought) leads to a temptation to write for click-bait.

Truth and information-gathering is difficult and costly, and no one funding style size fits all media. Despite multiple government inquiries into the media, there is only modest funding for independent media: she noted she worried about a future funded by Facebook, Google and government grants.

We were reminded that it was important to have a diversity of voices: the tendency for an echo chamber in social media means that people become used to only hearing one story, and consequently push for exclusion of alternative points of view. President Trump may have made an art form of transforming ‘news I don’t like’ into ‘false news’, but many people are objecting to voices they don’t like being given an airing – such as the recent objection to an interview with Zachary Rolfe.

What we should do about it?

Ms Jacobs told us that free independent media is driven by the need to tell the truth, but this takes great courage. At its extreme, it can lead to death, and we were reminded of a number of murdered journalists through decades and across the world.

We need to appreciate that independent media is a fundamental function of free society – and the ‘boring’ stuff not covered by social media is often critical to keep the community informed.

We were urged to defend independent and local media strongly, through engaging robustly with it and supporting it. We were urged to appreciate the variety of voices out there and read a wide range, including those we disagree with. Finally, we were encouraged to engage with it intellectually – to think about what the platform is trying to say, and why, not simply to dismiss the report if we disagree.

Christians for an Ethical Society (ces.org.au) is a Canberra-based ecumenical forum which seeks to engage with the ethical challenges of the contemporary world, locally, nationally and internationally. Our next forum will be on 18 May 2022: Tom Henderson-Brooks on Christ, Compassion + Context – following the Christ who calls us to live compassionately in our changing context.

by Katy Nicholls
Christians for an Ethical Society

Photo above: Genevieve Jacobs AM, speaker at Christians for an Ethical Society dinner, with co-chairs Clive Rodger (L) and Stephen Pickard (R)