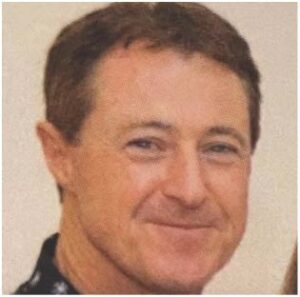 The South Coast Anglican Schools Board is pleased to announce the appointment of a new Principal for Sapphire Coast Anglican College, to start in January 2022.

Mr David Proudlove is currently Deputy Principal at Bayside Christian College in Hervey Bay. He has previously been Head of Senior School and Deputy Principal at SCOTS PGC in Warwick, a school a similar size to ours in rural Queensland. Prior to this, he was Head of Humanities at Christ Church Grammar School in Perth, where he worked alongside Darren McPartland, who is now the Principal of our sister school, St Peter’s Anglican College, Broulee.

A dairy farmer’s son, David was born in Chester in the UK, and raised in Wales. He trained originally as a geologist, and worked in gold exploration projects from Alaska, Nevada and Washington State in the USA to Montserrat and Nevis in the West Indies.

After completing his teacher training in 1996, David commenced his teaching career at a selective, state-funded Grammar school, before commencing middle-management posts at a variety of schools in the UK. David’s final post before leaving for Australia with his family was as Assistant Principal at Cheltenham Bournside School in Gloucestershire, a co-educational, Year 7-13 school of 2000 students.

David sees being a Christian educator as a ministry as well as a job. ‘I aim to facilitate an exciting, dynamic environment where learners leave more curious than when they arrived and where everyone operates within a culture of “Yes” to new challenges and opportunities.’

David has established a record of retaining and increasing enrolments through well-informed and imaginative strategies. He has developed the academic standing of schools where he has had a strategic role, through maximising the effectiveness of learning.

We welcome Mr David Proudlove and his family to the Sapphire Coast Anglican College community, and look forward to David’s principalship here.