In Memory of Doreen Warren 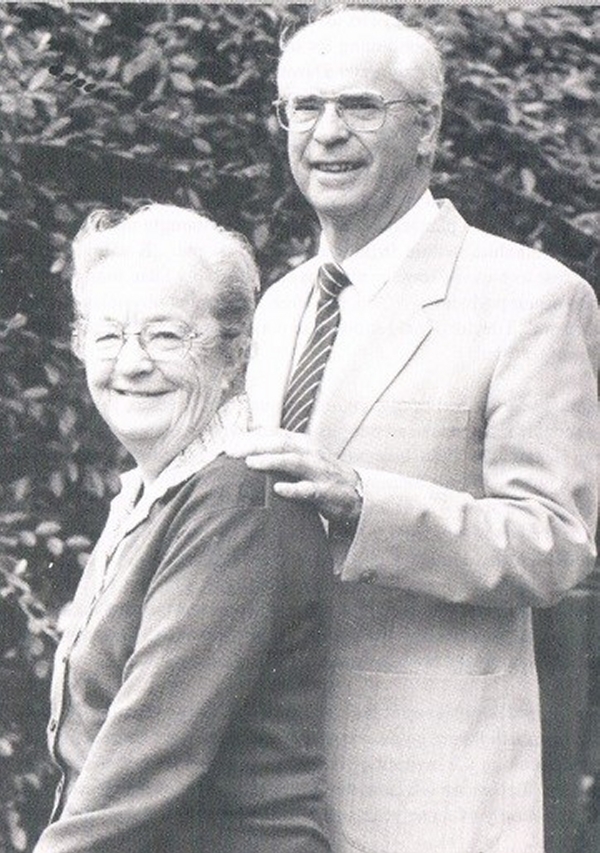 Cecil married Doreen Burrows after meeting her at a Saturday Tennis Club in 1946. Doreen was a nursing sister at the Royal Alexandra Hospital for Children, the daughter of a strict Methodist family whose form of worship appealed to the young Cecil. They were engaged by Christmas and married later in 1947.

During Cecil’s subsequent three years of study, money was scarce and Doreen did some dressmaking and private nursing to augment their allowance. They grew vegetables and continued to play tennis as before.

After approaching Bishop Burgmann, Cecil was ordained to Deacon-in-Charge and Reverend Cecil and Doreen moved to Adaminaby in 1951, and remained there until 1953 after his ordination to the priesthood.

From Adaminaby, the Warrens sailed for England where Cecil was to study at Oxford, arriving on the night of Queen Elizabeth’s coronation in June 1953. Doreen found work at the Churchill Hospital and later at the Oxford Eye Hospital, travelling with doctors to nearby villages where half-day clinics were held. Now with more time, Doreen was able to indulge her interests in embroidery and join the Oxford Group of the Embroiderer’s Guild.

After four years in England, the Warrens returned home to Australia in July 1957. They moved into St John’s Rectory Reid where they would live for two and a half years while Cecil served as assistant priest.

Cecil was then chosen by Bishop Burgmann to be priest-in-charge of the new parochial district of St Philip’s, O’Connor. Cecil and Doreen moved the short distance to O’Connor in February 1960.

While at O’Connor Doreen sought out women who might create the embroidered linen needed for the church and gathered together a small group who shared a mutual love of embroidery. These women became the founding members of the Canberra Embroidery Group that went from strength to strength and eventually became The Embroiderer’s Guild, ACT, in 1983.

Cecil was spending much time away around this time and the group became very important to Doreen. She learned to drive a mini, which allowed her to pursue other interests.

Cecil was consecrated Bishop at St Andrew’s Cathedral Sydney, 21 September 1965. In 1971 he was elected as diocesan bishop and installed on 31 January 1972.

In his autobiography Bishop Cecil writes that Doreen was kept busy. ‘One afternoon as she weeded the garden at the front of the house one of two children walking past greeted her. As they walked on, the other said, ‘Is she your Sunday school teacher?’ ‘No,’ came the reply, ‘She’s the church’s mother …’.

Cecil retired in 1983. The Warrens then returned to England where Cecil was Team Rector of St Peter and St Paul’s Church, Old Brampton and an Assistant Bishop in the Diocese of Derby in the Church of England from 1983-89. Upon returning to Australia they retired to Toowoomba, Queensland.

Whilst living in England for one year in 1983-84, we were invited to visit and stay with Bishop Cecil and his ever faithful wife Doreen. It was New Year and the family well remember a much-relaxed Cecil – even to the point of us all wearing party hats at dinner! It was clearly a special time for them together in not having the demands of running a diocese. Being the ever-caring person, Doreen bought a bottle of cordial for the children. Obviously this was not their normal drink, and so, not realising that it needed water adding, Doreen poured three glasses of undiluted cordial – which the children dutifully drank! In latter times Doreen found the transition to aged care quite difficult and she shared how hard she found it to not have so much that was familiar to her and how she missed her saucepans and, especially, her much loved garden.

Story compiled from A Little Foolishness – An Autobiographical History by CA Warren and Unsung Heroes by Judith Langfield.