From Bishop Trevor – What is Christian Freedom? 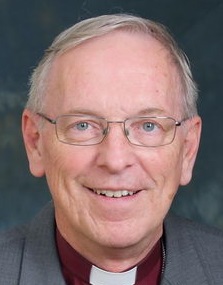 I recently attended the annual Parliamentary Prayer Breakfast. The guest speaker was Os Guinness, a prophet of our times, who spoke about freedom. The big issue is actually defining freedom. This was the challenge presented by Os Guinness. As a young man I read one of his earliest books, Dust of Death. Many books later, he has whiter hair than mine, but is still urging us to look at our world with Christian eyes.

Os Guinness explained that from these Christian freedoms, given through the grace of our Sovereign Lord, has come the whole Western tradition of democratic freedom for each individual. He named a string of atheist thinkers who assert that freedom is an illusion. The more we take on such ideas, the less choices we will actually have. Like cut flowers, Western democracy will have no future when severed from its Christian roots.

I have listened to plenty of news stories recently which illustrate the erosion of freedom of speech and conscience, and show confusion between freedom for good and freedom from harm. I encourage you to think carefully before being taken in by plausible voices which claim to act in love but actually deny truth or silence debate. Freedom is grounded in truth, not just theological truth, but everyday accurate facts.

Are we, to use Guinness’s words, prepared to shoulder the task of sustaining the Christian truths in which our positive freedoms are rooted? We need to bring our faith into the public space, and never capitulate to the pressure to be private about our beliefs. That means speaking out in our families, clubs, neighbourhoods and workplaces. It means actively supporting parliamentarians who identify as Christians, some of whom spoke up at the Prayer Breakfast. It means talking in groups in your congregations about how to do these things effectively, and praying together about the challenges you face.

We cannot afford to be complacent or inward-looking about truth and freedom. We are responsible to God and to our fellow
humans to use what freedom we have to act for the good of all.