The Gift of Listening 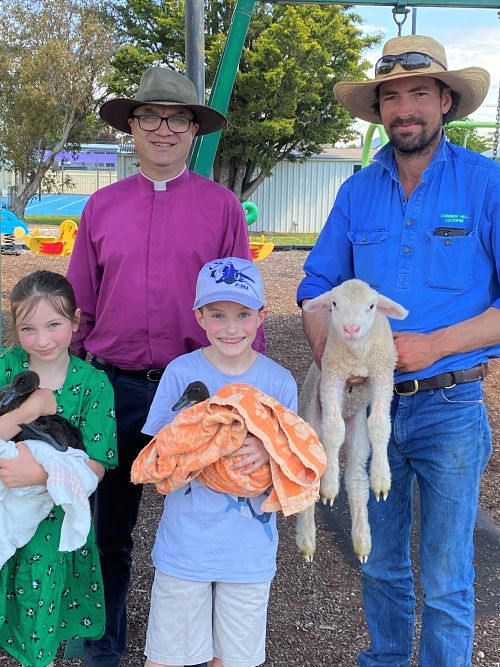 Tarago locals are there for the clean country lifestyle. Photo by Paul Davey.

Bishop Mark Short recently conducted a ‘listening tour’ of Goulburn and Tarago to hear from community leaders and concerned residents regarding an industrial-scale waste incinerator proposal for Tarago. The proposal by Veolia is to build a ‘waste to energy facility’ alongside and in addition to the current waste facility, which accepts thousands of tonnes of waste from Sydney and elsewhere, in the old Woodlawn mine. This facility would create energy by burning some of the rubbish that would otherwise take up landfill and using the steam generated to power turbines and thereby create electricity.

However, there are community concerns about the potential health implications for the Tarago district, for Goulburn and for Canberra. And so, Bishop Mark, in his first post-lockdown trip out of the ACT, visited Goulburn and Tarago to meet with community leaders and concerned locals on a ‘listening tour’. The aim of the tour was to gain a better understanding and to promote community discussion about an important community issue.

Bishop Mark first met with Goulburn community leaders in a forum at the St Nicholas’ parish hall. The forum was inclusive of a wide range of political perspectives and local organisations. The Bishop asked some questions at the start but then the conversation flowed freely. Indeed, the gathering quickly shifted from discussing their concerns to problem-solving. The scheduled one-hour meeting almost went for two hours but it was time well spent. At the end there was a consensus decision to seek to ask the people of the Goulburn Mulwaree LGA (which includes Tarago) about the matter via a plebiscite to be held in conjunction with the next federal election (in March 2022). They also asked the Bishop to write to Goulburn Mulwaree Council and ask it to hold the plebiscite and to set up and sponsor a cross-party community working group to educate the people of Goulburn and district regarding this community issue. Bishop Mark graciously agreed to do this.

Bishop Mark then travelled to Tarago to meet with concerned locals there. He heard first-hand their worries and fears about the proposed waste incinerator. These worries and fears included the potential damage to their health. ‘I’m concerned about the build-up of toxins over time’, said local resident Rod Thiele. Daniel Chiccaroni, a local dad, was also concerned stating ‘What are the ramifications for every pregnant mum and every child growing up here?’

Others were concerned that toxins would potentially enter their water supply. ‘Everyone here is reliant on tank water,’ said local resident Cid Riley. But the potential for wider contamination of water supply was also raised by resident Adrian Ellson. ‘You are standing in the Sydney Water Catchment Area!’, he advised the Bishop.

Local farmer Austin McLennan was concerned about the potential repercussions to his farming business of the proposed waste incinerator. ‘I’m worried about what may be going into my animals and my hay’ he said. ‘I’m concerned that it will make it harder to attract staff because they will google Tarago and not want to work near an incinerator.’

A number of the residents brought their animals for the Bishop to see to demonstrate the clean country lifestyle they enjoy in Tarago (see picture). ‘We moved out here because of the space and the clean environment’, said Paige Davis. Now they fear this is under threat by the proposed waste incinerator.

At the end of the time the residents thanked Bishop Mark Short for coming and listening. ‘I would like to thank you for taking the time to come out here. I wish others would come here and listen to us,’ said Progress Association President Adrian Ellson. Bishop Mark Short has encouraged a rural city and a community with the gift of his presence and just by listening.