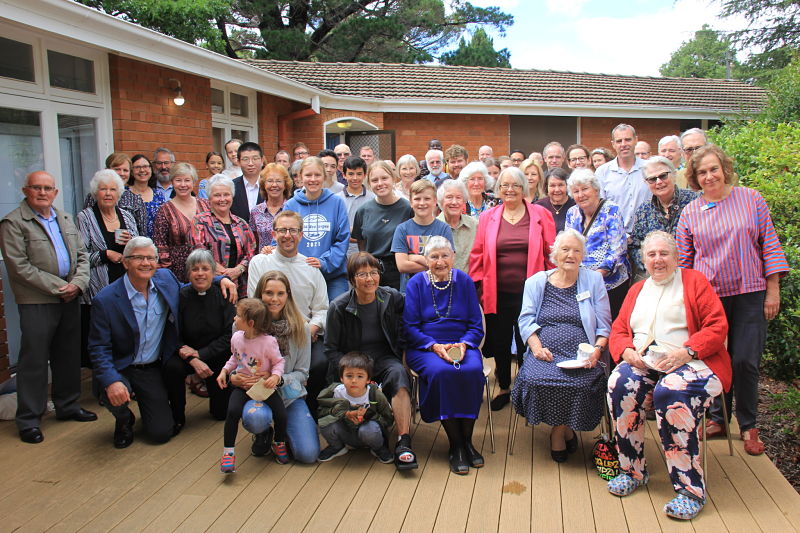 Our Margaret Magi is one of Canberra’s ‘originals’. Margaret has lived 94 out of her 95 years here in Canberra. Surely close to a record? It is our loss that she is shortly relocating to Brisbane to be closer to her daughter and to her elder sister Jean! That’s not a misprint.

Her grandfather ran the Murray’s Bakery until 1923, the first of its type in Canberra (you can see the plaque in Commonwealth Park). Her father, Ernest, was Canberra’s first Anzac who was decorated for his service at both Gallipoli and the Somme. He returned suffering the effects of mustard gas and died at the age of 54.

Margaret Murray was born in 1926 on her parents’ farm, a Soldier Settlement block in what is now part of Narrabundah and Fyshwick. She grew up helping with sheep, dairy, and cropping. One of Margaret’s many jobs during her high-school years was to cook the evening dinner every night for 10 or more people. A common meal for the family was tripe, potatoes with butter and cabbage.

‘Mum had three rules for the dinner table – boys wear a shirt, girls brush their hair, and everyone had to sit up straight,’ Margaret recalls. 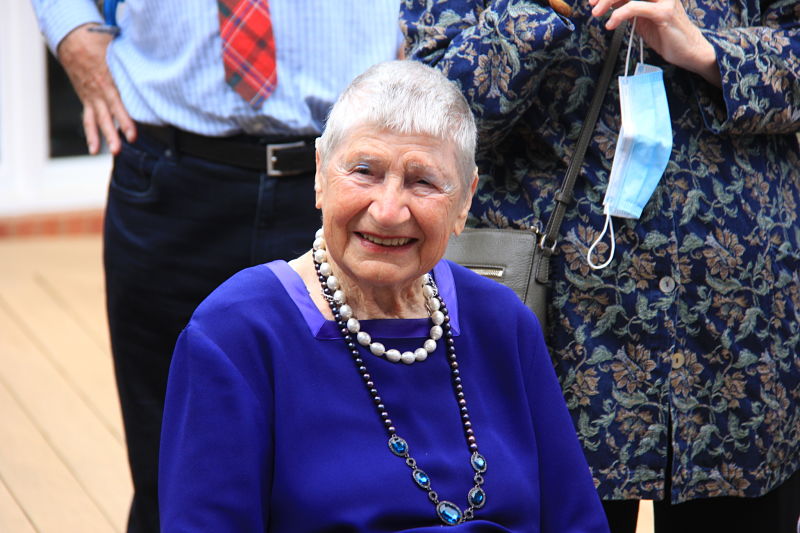 Senior school was the newly constructed Canberra High on the site of what is now the ANU School of Art, a round trip of 16km on abicycle.

After WW2, she met Paul Magi at a dance and they married in 1953. Three children came and they applied for and settled in a new government duplex in Reid just around the corner from St John’s. She still lives in this same house 65 years later!

Now widowed, Margaret is still a bundle of energy, radiating joy to all who meet her.

She has been part of St Johns’ church family since Confirmation as a teenager when she would walk 8kms from home.

She has blessed the church in innumerable ways, such as establishing a visitation ministry to the elderly and to Canberra Hospital, but she would like to be remembered especially for her prayer ministry. She helped start the meditation meetings and was involved with ‘renewal’ prayer meetings with church folk.

St John’s Care will also miss her after almost 30 years of volunteer work. Her days now are filled with a leisurely breakfast in the garden, reading, prayer and meditation, listening to music and DVDs, plus a one-hour walk around the local streets and to visit her parent’s graves.

St John’s will miss you, Margaret Magi, and we wish you God’s blessings for your new adventure in Brisbane.

This is an edited extract of an article published in Canberra Weekly, written by Neil Bowman, a parishioner at St John’s. An extended version is available online at canberraweekly.com.au.