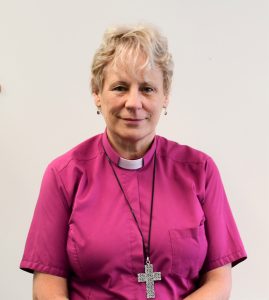 As I sit in my new office, looking out over the city of Canberra instead of the sparkling waters of the Wagonga Inlet, I have been reflecting on the impact of change in our lives.

In the aftermath of the dreadful fires this summer season, change has affected us in many different ways. Individually, many people have suddenly lost everything – homes, farms, businesses, and tragically, sometimes loved ones. They find themselves slowly and painfully putting their lives back together again.

Coastal towns, relying on summer tourist income, are now facing enormous commercial losses. Farmers with silage and hay to spare find themselves dependent on the goodwill of others. Formerly stable and contented communities are now dealing with fragility and low morale.

I think of a couple, evacuated by the fires, for whom the change was just too much to deal with. A fissure in their relationship was blown open by the stress, and they have parted ways. I can think of more than one business on the coast now permanently closed, because it was a journey too far to reopen their doors after their loss.

However, not all change is bad. It can be an opportunity for us to grow and move forward. I spoke to a lady at the evacuation centre in Narooma, who told me that after she had been evacuated on three separate occasions, each time taking with her those things that she considered most precious, she realised she had lost her unhealthy attachment to ‘things’. She now felt able to seriously declutter her home and start afresh.

As Christians, we are called to journey with God through a life of ongoing change which leads us to increasingly reflect the glory of God. Through the season of Lent in particular, we are invited to embrace change in our spiritual lives as we ready ourselves for the celebration of Easter – change in our thinking, our values and our behaviour. As we invite the Spirit of God to bring conviction of those things that stand in the way of our relationship with him and with each other, we are also invited to repent, and allow his Spirit to change us so that we become more like him.

This Lent may also be an opportunity for some of us to embrace change that has been thrust upon us through adverse circumstances. God is able to take any change in our circumstances and, as we work with him, raise something beautiful from the ashes.

This Lenten season, may we not be afraid of change, whether within or without, but rather be willing to embrace it in the transforming power of the Spirit, that we may become more like Christ.