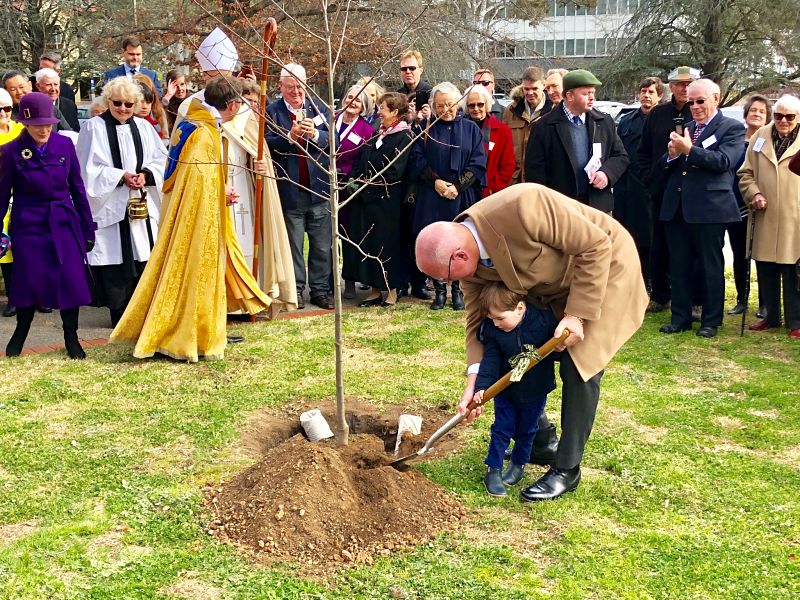 This day in the life of our parish felt at once momentous, triumphant and filled with the sounds of proverbial trumpets announcing the ineffable but definite quality of the historic in our midst. It was a day whose coattails you sought to seize, to grasp and pin down—though you weren’t quite sure how or why.

In one of the sweetest moments of the morning, the Governor-General of the Commonwealth of Australia, a gentle and elegant figure—whose stiff posture and familiarity with a shovel hinted at his years of service as an Officer in the Infantry—stooped down to playfully help barely-upright toddlers pour soil onto the roots of a timid sapling promising to one day grow into a mighty oaken giant.

As the Governor-General remarked prior to ceremonially ‘planting’ the meticulously pre-positioned sapling on the church lawn, oaks are cited numerous times in the Bible. In the Old Testament, the oak is synonymous with strength and is rich with ceremonial associations. One of the most memorable references to the species is to be found in the prophet Isaiah’s famed metaphor: ‘They will be called oaks of righteousness, a planting of the Lord for the display of his splendour.’ (61:3) 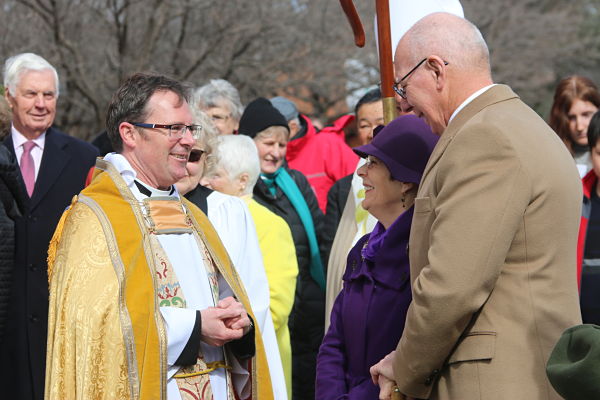 What are the qualities of those upon whom this title is bestowed by God? Upon closer reflection, their traits are not listed as specific virtuous qualities so much as actions. Righteousness, in this passage, is a verb. ‘They’ are called righteous who proclaim good news to the poor and the release of prisoners from darkness; comfort those who mourn; provide for the aggrieved; bestow joy upon those in despair; rebuild ancient ruins; and renew the ruined cities. In doing this, the said oaks of righteousness display not their own, but God’s glory.

We may still wonder why oaks are the Biblical tree of choice in this metaphor. The Reverend Mark Woods has a touching parable. He writes that, when it grows alone, the field oak becomes tangled, hunched over itself, close to the ground. In contrast, ‘the woodland oak grows with other trees. Consequently, it doesn’t spread, like its cousin in the field. It grows straighter and higher, because it reaches towards the light. The oaks of righteousness are plural.’ This reminds us that we, too, grow straighter together, as a parish community.

It was not a mere brick building or the arbitrary biological age of a community of fleshly bodies whose anniversary we marked. On this memorable day, we celebrated the foundation of a spiritual house made of living stones and a mosaic of the lives of the saints of the church, inspiring exemplars and heroes of the faith, a human arch bending backwards thousands of years towards Calvary—and extending ahead of us countless more. More than the church’s unveiling, we commemorated a milestone in the  local life of the universal Body of Christ.

Bishop Mark preached from the Gospel reading of the day, John Chapter 2, with the key verse ‘Zeal for your house will consume me’ and concluded by saying:

‘May that same zeal inspire us, so that with God’s help we continue to serve the true house of God, who shall endure long after even this beautiful building has passed away.’