Live for self or live for others? 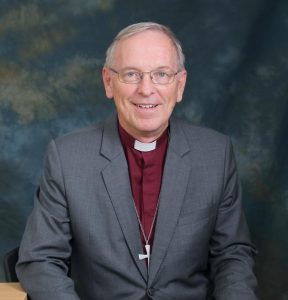 I recently had the real privilege of speaking at a Year 12 valedictory service in Canberra where I was able to ask the exiting students what contribution they intended to make for the good of the world and our society. On the basis of a text from Philippians 2 I asked them whether they would just choose to look after number one, like so many others do in our individualistic culture today, or would they make the radical choice to be focused on serving others for their benefit.

The Apostle Paul urges us not to give in to this old human temptation to selfishly pamper ourselves. He writes: do nothing from selfish ambition or vain conceit. While there is obviously a healthy ambition, on view is a destructive preoccupation with seeking the best for self at all costs. Originally the word used described a mercenary spirit and depicted an unrestrained pursuit of political office by unfair means. However in time it came to be used more broadly to describe any greedy attempt to gain the upper hand through underhanded or unjust tactics. Conceit on the other hand is an excessive pride in oneself. It is egotism or vanity writ large. It is being swollen or big headed. In fact one wag has written ‘the emptier the head the louder the boast!’. I am sure we have all met or seen someone like this. But be warned, conceit can also take a hundred subtle and ugly forms. The question for us is whether we will we give in to selfish ambition by being so preoccupied with advancing our own interests that other people will be seen as only means to our ends? Will we succumb to the temptation to vain conceit by being focused on self-promotion at the expense of others?

With God’s help however we can and should choose the less popular path by seeking to imitate Jesus who supremely lived for others. Paul went on to write: in humility value others above yourselves, not looking to your own interests but each of you to the interests of the others. Humility was despised in the ancient world as weakness but it became a uniquely Christian virtue because of the example of Jesus. The quality has its roots deep in the Old Testament, where the lowly rest their case with God rather than relying on mere human strength and machinations. It is not some form of false modesty (‘I’m no good’) which draws attention to itself, but a proper estimation of oneself as a creature before the Creator God which therefore produces a genuine focus on the worth of other persons who are also made in the His image. In other words humility to quote one writer is not thinking less of yourself, but thinking of yourself less. This means recognising in all our relationships the interests of others. It means recognising their value, listening to and fostering their unique insights and wisdom. It is fundamentally a collaborative rather than a competitive spirit. But be warned, this choice to live for others may be costly. Humility promoting the good of others but at considerable personal expense was demonstrated in the life and death of Jesus. He denied himself and sacrificed himself to serve the ultimate well-being of people like you and me.

The two stark options before us every day are whether we will live for self or live for others. If Jesus is our model, instead of being preoccupied with getting for ourselves we will seek to give to others. Our friendships, marriage, families and work should be marked by giving to the other not just getting for self. In fact, all we do should be marked by giving not getting. May God enable us to make a real difference in our world as we follow in the steps of Jesus.
With every good wish,
+Trevor Edwards