Is Science a Reliable Way to Truth 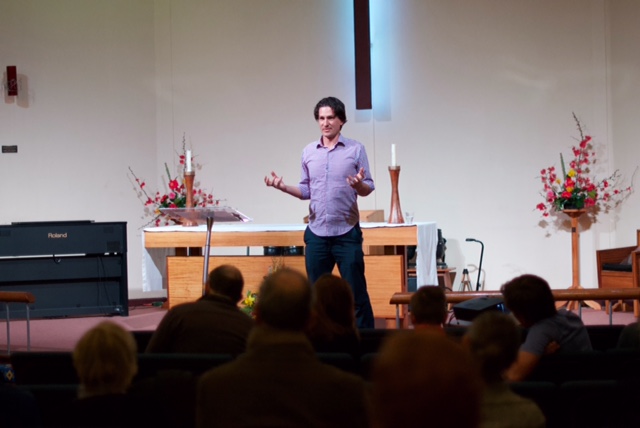 Recently Good Shepherd Anglican, Curtin, held a seminar on Humility and Knowledge: Reflections on truth, faith and  Philosophy, presented by Dr Ryan Young, who holds a PhD in Philosophy and Logic from ANU. After detailed reflection on the findings of his research in epistemology, or the study of knowledge (leading to the conclusions that there is very little we can be absolutely certain we know is true and that there are limits to what we can know), Dr Young asked the question of whether science actually is the answer it is held up to be, or the only reliable way to truth.

He began with a quote from a famous physicist, Richard Feynman, known for his philosophy of science.

‘We have found it of paramount importance that in order to progress we must recognise our ignorance and leave room for doubt. Scientific knowledge is a body of statements of varying degrees of certainty. Some most unsure, some nearly sure, but none absolutely certain.’

From there he discussed some limitations of science using examples from quantum physics. As a scientific theory that makes predictions, quantum physics is the most accurate physics theory ever discovered. The problem is that we have the maths that describes how it works, but we don’t actually understand it conceptually. A key discovery that made quantum physics possible was made by Louis de Broglie, who found that everything physical (at the subatomic scale) can act both as a wave and particle at different points in time. As far as we can understand it, waves and particles are fundamentally different. Yet one of our foundational scientific theories relies on things being able to be both. In short, there is something fundamental in how the physical world works that we do not understand.

The second interesting aspect of quantum physics is Heisenberg’s Uncertainty Principle, which states that there’s a fundamental mathematical limit to what we can actually know about things, at the smallest scale. The more accurately we know how fast something is going the less accurately we can know where it is, and vice versa.

Yet this assumption that there is a limit to what we can know is a foundational principle in an incredibly productive scientific theory.

This should make us pause when we hear claims of science being a completely reliable guide to truth. Science itself, at least quantum physics, depends on there being information we cannot know and is built on principles that we cannot conceptually understand.

Moreover, if you consider the scientific method from a philosophical point of view, the absolute certainty that many express about science is hard to justify. The core scientific method is that we come up with a theory or hypothesis and then consider what that predicts about the world. The scientist then tests the predictions by experiments or gathering more data. If the predictions are correct, it confirms that the theory works for everything considered so far. Ideally, you then make further predictions and further test the theory.

In science you do not, indeed cannot, directly test the fundamental assumptions of your theories. You can only test whether the predictions your theory makes are consistent with experiments or the world.

The logical structure that underpins science is more like faith than any way you’d ideally like to get to certainty around knowledge. You have to pin your hopes on something: this is a theory – I think this is true, I have faith that it’s true – and then test it, see what happens. You might discover that your faith in what was occurring was wrong, but it depends on what the evidence demonstrates.

Given this is how science works, the quote from Feynman about the lack of certainty and he need for humility, makes sense. Because it’s already starting from somewhere, making predictions and trying to figure out the  messiness in there. We can never be ultimately certain that our theories, where we’ve started from, are correct. We can disprove them quite often, but cannot categorically prove them.

This does not mean that science is an inadequate way to find out what is true. Let’s consider a situation where finding out knowledge is crucial, even to the point of an existential crisis, but the person in question is highly unlikely to be rational, logical or structured. Imagine a 15-year-old with a crush on a classmate trying to figure out whether that person likes them. Our 15-year-old will likely observe and consider whether what they observe fits with that person liking them. Their friends will offer opinions about how what they know fits with the person liking them or not. In the end, they may even have to ask the object of their crush out to find out.

So, our 15-year-old has made a hypothesis (he/she likes me!) and then tested that hypothesis against the evidence. In the end, they conduct an experiment to determine whether the hypothesis is true (asks them out). So, despite being seemingly unrigorous and highly emotional, the way we approach trying to figure something out in normal life is very often a similar process to the scientific method.

One of the reasons Dr Young concluded that science has been so successful is that it’s actually managed to capture, make rigorous, codify, that instinctive way of gathering knowledge that we’ve probably always had. But this means that our instinctive approach to knowledge is subject to the same limitations as science – we cannot prove our fundamental principles but only test if their predictions are correct. This puts limits on what we can know (particularly with any certainty) and means that knowing is not inconsistent with faith.

Despite the universal applicability of a scientific approach, most scientists have shrunk the range of evidence they consider permissible. A theory about the nature of the universe – about what is ultimately true – will not have consequences just for the physical things around us, but it has consequences for us, how we feel and how we experience things.

If we take a broader scientific view and Christianity as an example of a theory, we can ask: is that true, what does that mean for that to be true and how do I work out that it’s true? It’s not something we can determine intellectually. As Descartes showed, we can doubt almost everything intellectually. Getting to knowledge, getting to truth, isn’t just the intellectual process, but is something that we have to try to live and see what works, how it works, then that will give us evidence that it actually might be true. Certainty, to the extent that we can be sure of something, which is different from saying it can’t possibly be not the case, is something that we can’t achieve mentally. It has to be something that’s lived and that’s where you get the surety.

The concept of accepting our limits, being humble in knowledge, isn’t a new idea. It’s an unfashionable idea at the moment but it’s been a core part of the Christian understanding for a very long time, which is, according to Dr Young, another reason to believe that Christianity is in fact true.

You can listen to the full talk online here: http://www.goodshepherdcurtin.org/talks-1/