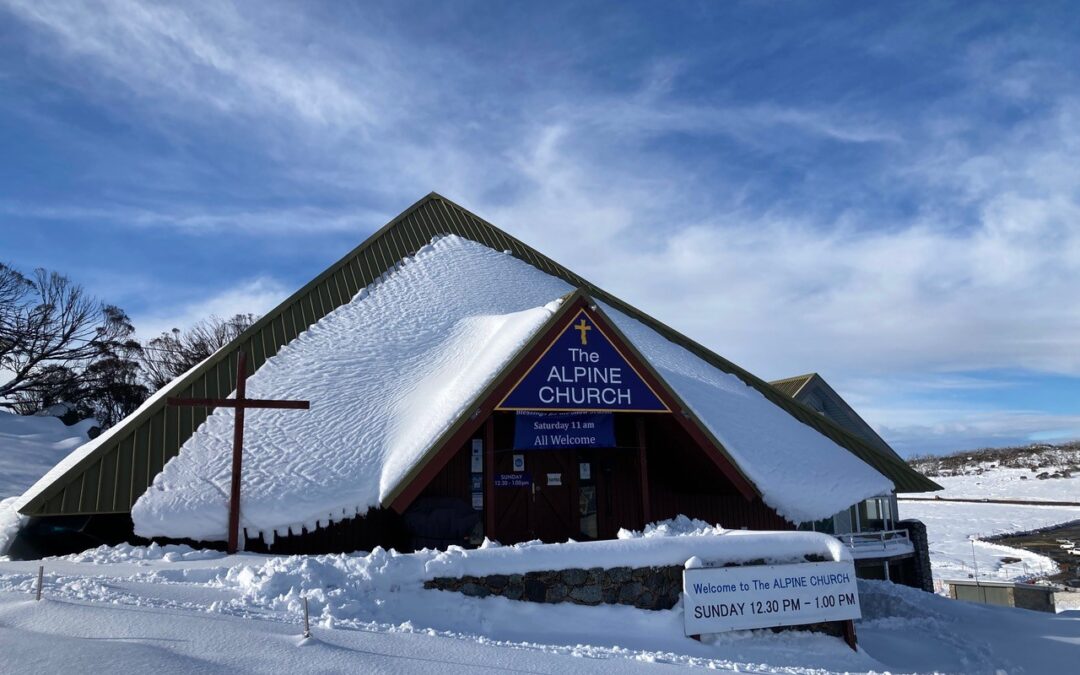 Now that might seem just a friendly welcome from a liftie (a ski-lift operator) but I heard it as much more than that. This was a welcome and recognition of my place as Chaplain working on the snow fields. To him I was not an extraordinary person, but someone available to speak with anytime. 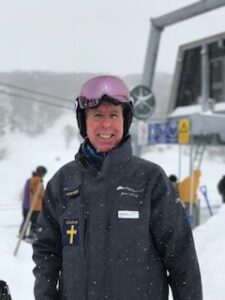 As Chaplain I am welcomed on the ski slopes, on chairlifts or over coffee in one of the many cafés. For this privilege I am indebted to my colleague Chaplain Lloyd Bennett who for years has been a Christian presence on the mountains.

There are many opportunities to talk with people. Some guests ask where the toilets are, some make comments such as ‘Chaplain, I didn’t know that people like you still existed!’. Some ask for prayer. One day, a man on a chairlift enquired if I took funerals! (Which led to me taking the service for his late mate.)

I see chaplaincy as a very valuable ministry in the lives of people you may meet often and those you may never encounter again. One such person was a woman who called out  ‘Chaplain, will you pray for me?’ She told me that she and her husband had long wanted a child and her pregnancy was just confirmed. ‘Will you pray a blessing on the child?’ she asked.

I see my role as having three parts – the snow chaplaincy side, parish work and my leadership at The Alpine Church Perisher where the team provides services each Sunday over winter (and a few other times of the year). Right on the snow at Perisher, we have a barbecue each Sunday and the service runs strictly from 12.30 until 1.00pm.

The congregation at the highest church building in Australia is mostly ‘regular itinerants’ – people you see one week and then perhaps not again until that time the next year. People just love to ski/board to the front door and join the service – there is always an atmosphere of blessing! People often arrive early or stay late, but no one is committed to more that 30 minutes which suits the snow culture with expensive lift passes. We have an Opening of the Snow Season Service on Saturday of the Queen’s Birthday weekend – Perisher staff, ambulance and fire personnel, local politicians and guests join with Baptist, Catholic, Uniting and Anglican Christians to seek God’s blessing for the months ahead.

I am licenced as deacon to the Parish of Berridale and Snowy Mountains where we have five centres, the main one being Berridale, faithfully run by a keen, welcoming group of lay people, who do an amazing job. My position is honorary, and my wife Margie (a lay minister) and I live in both Sydney and Jindabyne. The Parish now has a full-time minister Trent McGrath whose focus is to build the church in Jindabyne. Trent is supported by BCA, the Diocese and the Parish.

I close with a comment typed into the remarks box for a direct credit to our account which sums up why I do what I do. With a $10 donation, the donor simply said: ‘Thank you for blessing me.’ That says it all!