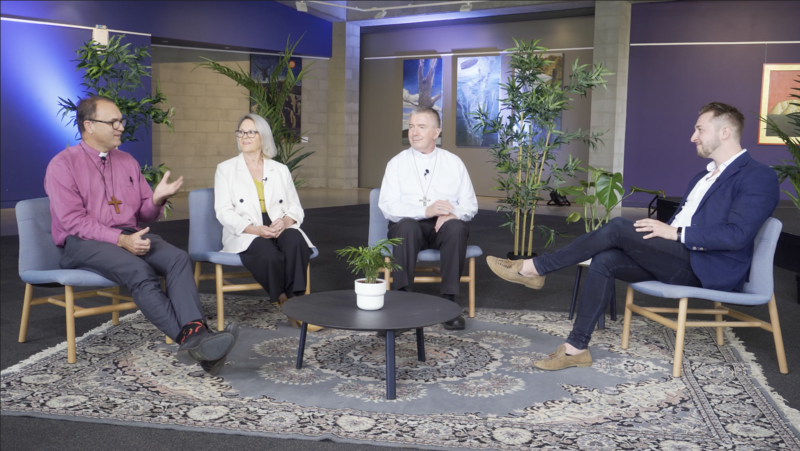 Christian faith leaders from multiple denominations across the Canberra region have come together to discuss their common mission and vision with the goal of fostering Christian unity.

Alpha Australia hosted the leaders in an interview, which has been developed into a five-part series, titled Our First Priority.

The leaders gathered together to talk about making Jesus’ last command ‘Our First Priority’ and placing the emphasis on what unites above what could divide.

‘While Christians have various doctrines about the Church, it is always a blessing to be able to talk about the many things that unite us’, said Executive Director of Alpha Australia, Murray Averill.

‘The purpose of creating this series is to have open discussions with different denominational leaders to examine our shared vision, mission and heart for the people in their city.’

At Alpha we found that the different denominations share a common goal, to make Jesus’ last command their first priority. Our hope is that this discussion will continue to reveal the power of churches unified in their mission of spreading the Gospel.’

The series is broken into segments, titled: sharing the dream, living the mission, creating the space, answering the call, and experiencing the hope.

Alpha is a series of interactive sessions offering the opportunity to explore life and the meaning of faith in a friendly, open and informal environment. Alpha began at a church in London in 1977. Now all over the world millions of people have tried Alpha and it has been translated into 112 different languages. Even as times have changed, Alpha has continued to be used by the church as an effective tool to reach thousands of people around the world.

Alpha is a non-denominational series that can serve churches in their mission of evangelisation.