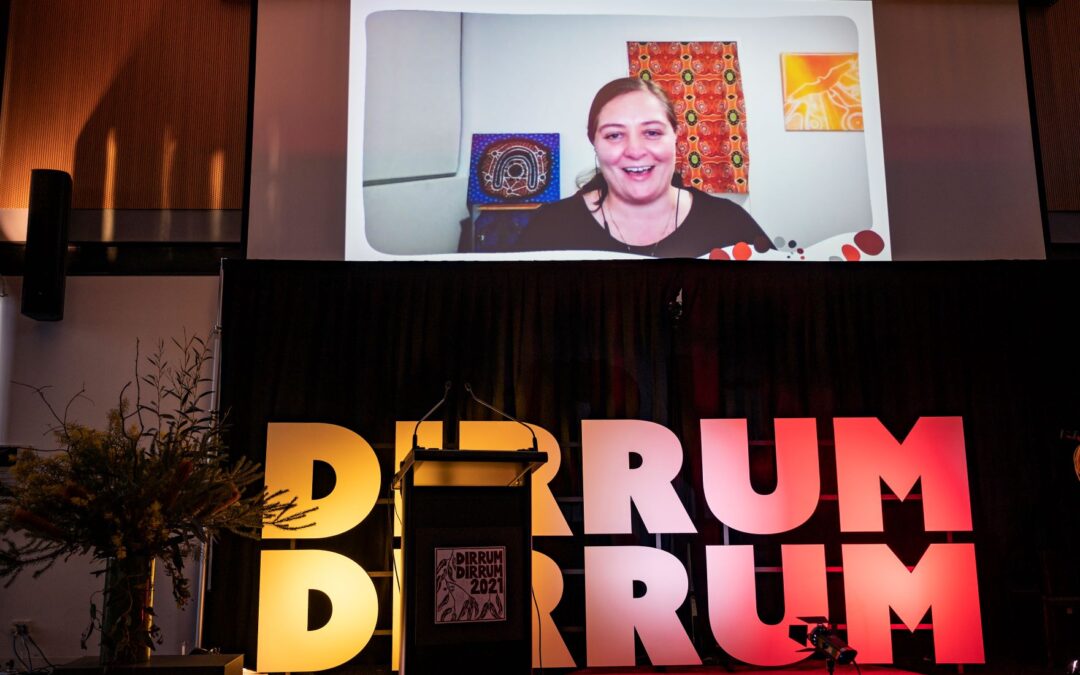 On the 6th and 7th August, Radford College was transformed into a buzzing festival venue. A team of over 60 Year 12 students worked hard to pull off a fabulous event that had both an in-person and a live-streamed audience.

The theme of the festival was ‘Stepping Stones for a Better Tomorrow’. Over two evenings, 13 speakers addressed the theme by drawing on their life experience and area of expertise.

The speakers came from a range of backgrounds. They presented both in person and remotely. Their talks can be listened to on the Dirrum website.

Ngunnawal Elder, Mr Wally Bell gave a poignant Welcome to Country. Hearing the Ngunnawal language spoken next to the ‘Dirrum Dirrum’ sign was particularly fitting. Dirrum Dirrum is a Ngunnawal word that means ‘the sound of red’ a word that evokes connectedness to earth.

Musicians enhanced each evening. It was great to have student bands Muesli and Fence Sitters take to the stage along with local performers Johnny Huckle, Flowermarket, and George Huitker and Junk Sculpture. 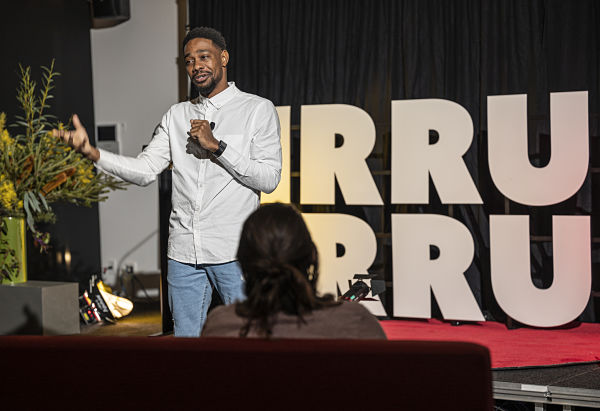 Students from Year 9 and 10 who attended the festival as part of service learning engaged with the issues being discussed. A Year 10 student wrote the following after the event:

What if you weren’t afraid?

This was a question from the 2021 Dirrum Dirrum Festival that particularly resonated with me. I found it pervaded the stories of all the speakers, daring us to wonder:

What if you weren’t afraid to challenge Australia’s drinking culture? To break out of the ‘Man Box’? To fight against all odds and fly a plane, despite losing both of your legs?

What if you weren’t afraid to effect change?

And what if you weren’t afraid to start building the stepping stones for a better tomorrow?

Throughout the evening, the speakers gave insightful comments on how we could all make small changes in our lives to start creating a better tomorrow. I found two speakers especially compelling: Christina DeLay and Paul Zappa.

After noticing the toll that a culture of social drinking had taken on her mental and physical health, Christina DeLay developed a brand of non-alcoholic beverages that serve as healthy substitutes for alcohol … I hope that I can reject the drinking culture that permeates the Australian zeitgeist in an effort to maintain my health and well-being.

Paul Zappa was another speaker who resonated with me. He described a strategy that could combat ‘toxic masculinity’ – instead of harshly criticising derogatory language, which may stifle productive discourse, he suggested promoting a conversation by using the term ‘Man Box’. This would encourage people to inquire about the term, thereby leading to a constructive discussion on masculinity. I plan to adopt this strategy in the future.

Ultimately, all the speakers I heard during the Dirrum Festival were inspiring. They had distinctly different stories, but each speaker’s passion about building a better tomorrow was unmistakable. The Dirrum Festival was a unique and powerful experience that I intend to partake in again next year. I hope in the future, I can be involved in its planning as well.

The two nights were a culmination of hundreds of actions by groups and individuals to make the festival a reality. As an Anglican community that is formed around the Good News of Jesus Christ, Radford’s hosting of the Dirrum Festival is a chance to enact one of the 5 Marks of Mission, ‘To transform unjust structures of society, to challenge violence of every kind and pursue peace and reconciliation’. We hope to see you there in 2022!