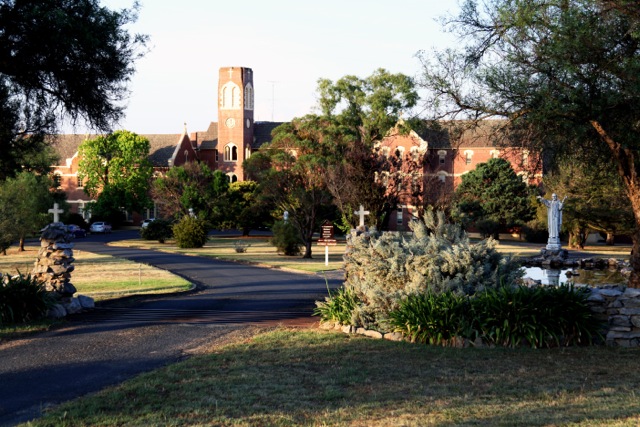 Last November, all clergy were invited to the annual clergy retreat at Galong. I have to admit that as both a newcomer to the Diocese and an evangelical Anglican I was a bit unsure about a silent clergy retreat. It wasn’t something that was part of my tradition and the whole concept was foreign. It also seemed counter-intuitive. Why gather every-one together and then not let them speak to each other? It didn’t seem to make sense!

If I’m honest I was also a little apprehensive that I might do the wrong thing at some point and put my foot in it. But I decided to give it a go anyway and went along.

Some of my fears were relieved immediately. On the first afternoon and evening we were able to chat and catch up. Only after the first evening did it become a properly silent retreat. That was a relief!

The first two days of the silent part of the retreat I struggled. Everything was new and I struggled to know where to be and what to do. Initially, the inability to speak exacerbated this problem for me. And so I struggled. But after a couple of days I understood everything and was in a rhythm. And all of a sudden I started to find the clergy retreat refreshing.

The silence part of the retreat actually became one of the best things about it. As a minister I normally communicate and listen a lot every single day. And this doesn’t ease up at home with my family. And even though I love this about my role (and my family!) it can get draining. The silence therefore meant a complete break. The hours and hours of time to myself in silence meant I could truly rest and recharge. So I read, and prayed and thought and walked around the grounds all by myself. It was truly refreshing. I now understand why the ancients used to do this!

I also enjoyed the regular daily liturgical services. They injected into each day more readings from the Scripture and more prayers. They also provided a restful rhythm so the days didn’t just drift.

In fact, I believe the busier you are the more value you will get from the annual clergy retreat. God willing I’m going again this year. I hope to see you there!