Ancient Futures: Religious Communities in the Diocese of Canberra & Goulburn 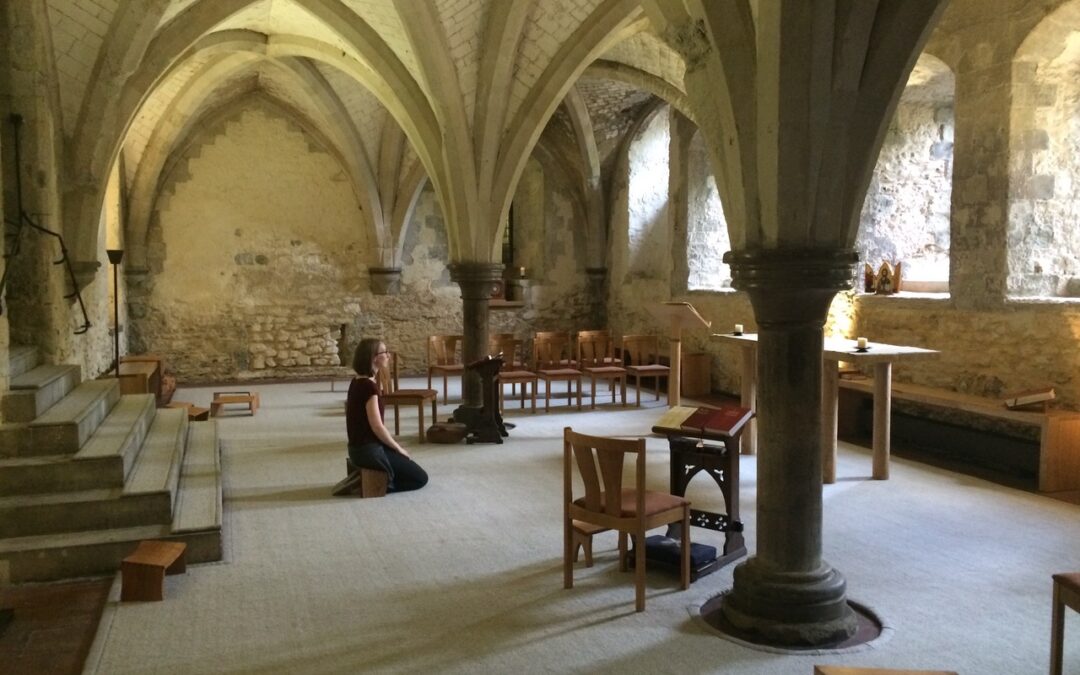 Religious communities are one of the unsung treasures of Anglicanism. Over the past 200 years they’ve had a disproportionate impact on the life of God’s Church in Australia, doing pioneering work in evangelism, education, and social care.

Though traditional communities have dwindled in recent years, there’s been renewed interest since Archbishop Justin Welby made ‘Prayer and the Renewal of Religious Life’ his First Priority, and today many Anglicans are exploring monastic spiritual practises to renew their lives of prayer and community.

As we prepare for a major conference for traditional and new communities hosted by the Australian Centre for Christianity and Culture, it’s worth reminding ourselves what our Diocese owes to its religious communities.

Anglicare is in many ways the public face of our Diocese. Yet it traces its origins to the pioneering work of an Anglican sister, Mother Esther, who established the Community of the Holy Name (CHN) in Melbourne in 1888, operating soup kitchens, mother’s groups, children’s homes and hospitals.

The beginnings of Anglicare in this Diocese date back to 1929 when a new residential home for girls was purchased by the Anglican Church of Goulburn and managed by the Sisters of the Holy Cross, a new Australian community founded in Nyngan, who handed it over in 1933 to CHN. By the 1950s CHN sisters were running three neighbouring children’s homes on Cowper Street in Goulburn – St Margaret’s, St Saviour’s and St Anne’s. Today, these three properties, together known as St Saviour’s Neighbourhood Centre, remain as Anglicare’s regional headquarters for much of its work across regional NSW.

Another flagship institution, Canberra Girls Grammar School (CGGS), owes its existence to the Community of the Sisters of the Church (CSC), founded by Mother Emily in the East London slums in 1870 and called to Australia in 1892 because of their pioneering educational work with young women. CGGS remains proud of its spiritual inheritance as one of eight ‘Emily Schools’ founded by CSC sisters across Australia.

Goulburn was also the home of the first Australian Anglican religious community for men, the Community of the Ascension founded in 1920 by three priests returning from World War One. Their monastery, built in the ruins of Old Bishopsthorpe, became a spiritual powerhouse for Diocesan retreats and missions for the next two decades. Bishop Radford wrote ‘there is one bishop who I know very well who owes much of any spiritual insight and sympathy that keeps him faithful to his pastoral calling to the new vision of the spiritual life that he has caught in the Chapel of the Ascension’.

More recent religious communities have had a significant impact on local mission. In the 1960s a young Australian priest was visiting Canterbury Cathedral when – by chance – he met members of a new community, the Community of Celebration. On his return to Australia, Fr Michael Cockayne brought the community to Queanbeyan, where it has been a centre for spiritual renewal and social care for over 40 years. More recently, priests from the Society of the Sacred Mission played a key role in founding two parishes on the south side of Canberra, St Mary in the Valley and St Alban’s Woden.

Religious communities are not just Anglican, of course. Our Diocese has been greatly blessed by the life of prayer and mission of traditional communities such as the Redemptorists at Galong or the Brigidines at the Gathering Place Dickson. Anglicans have been resourced and inspired by a diverse range of newer communities such as L’Arche, Disciples of Jesus, Goulburn House of Prayer, or YWAM in North Watson. And how many know of hidden gems such as the Serbian Orthodox Monastery in Wallaroo with its magnificent chapel?

The most active Anglican religious community in our Diocese today is the Third Order of the Society of St Francis (TSSF), a worldwide order of more than 3000 brothers and sisters who take simple promises and follow a rule of life in the world. Members include Reverend Mandy Wheatley, the current Minister Provincial of TSSF’s Asia Pacific Province, and Reverend Tim Narraway who runs a social media ministry for young Franciscans: @franciscansablaze.

As Anglicans pray for the renewal of our church, Archbishop Justin has called for ‘a wild burst of fresh and Spirit-fuelled imagination’ about Religious Community life in our day. Let’s pray that many in our Diocese will draw living water from these ancient wells, and be open to hearing the Spirit’s call to new ways of prayer, community, discipleship and pioneering mission, following in the footsteps of Jesus.

To find out more, register for the Living Memory online seminar on Saturday 6 November: https://about.csu.edu.au/community/accc/ ancient-futures/living-memory-online-seminar.