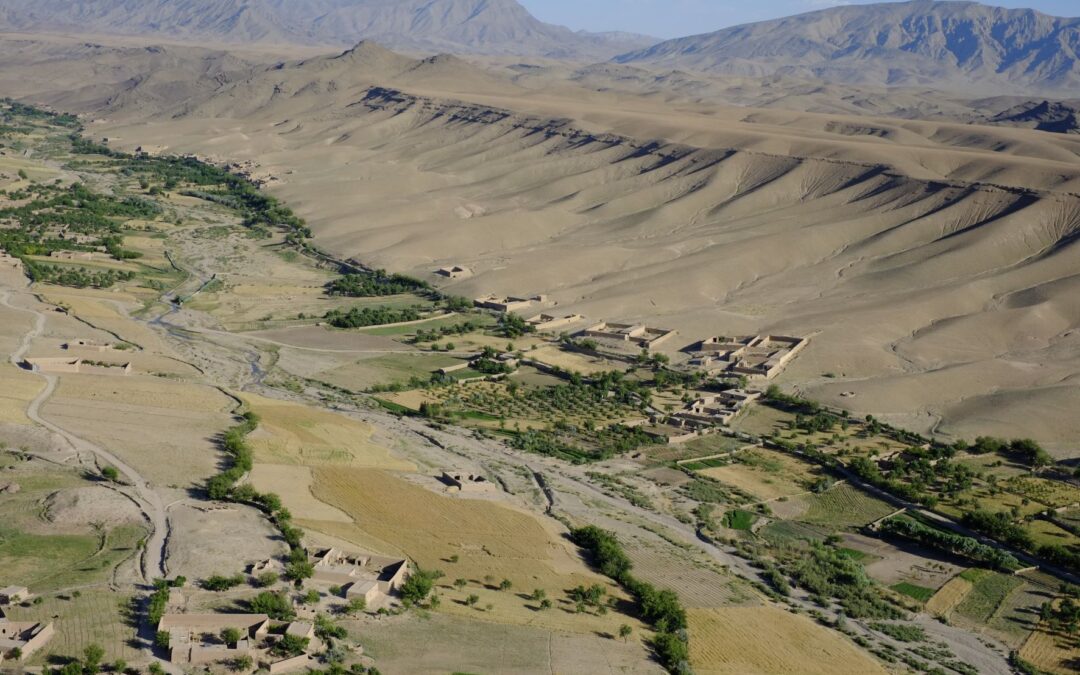 Jon Hawkins served in the Australian Army for 24 years and attends St John’s, Reid. He completed a number of overseas deployments including several to Afghanistan from 2002 to 2012. He commanded at multiple levels, from five-person patrols through to a 500-person task group.

How has the situation currently unfolding in Afghanistan impacted you personally?

Jon: The unfolding situation in Afghanistan is terribly difficult to observe for everyone. But for me, like many others who worked for Defence, Home Affairs and Foreign Affairs, cumulatively I spent several years endeavouring to bring a better way of life to everyday Afghans and I feel all this good work may unravel, if it hasn’t already. Indeed, the Taliban now controls more of the country than it did in 2001 when the US-led military Coalition ousted them from power. I fear acutely for women, children and supporters of the previous democratic regime who are already being targeted, even if it’s from rogue elements among the Taliban, with violence and alienation. Furthermore, there is the very real possibility of civil war erupting and I’m not sure what is worse for the everyday Afghan: the Taliban having unfettered power or a civil war.

Are there any specific projects/ areas you put a lot of effort into that it’s particularly grievous to you to see coming undone?

Jon: During various deployments the ADF put significant effort into establishing enhanced rule of law systems and processes in Uruzgan Province. This was developed, as best as possible under Afghan conditions, so that criminals were brought before a court, based on police evidence, and subsequent judicial rulings handed out. This appeared to be gaining significant traction and the Afghans were showing signs of becoming self-reliant. I have no doubt that this entire system will have crumbled and those involved in the process will be in hiding or have changed sides to ensure their preservation. 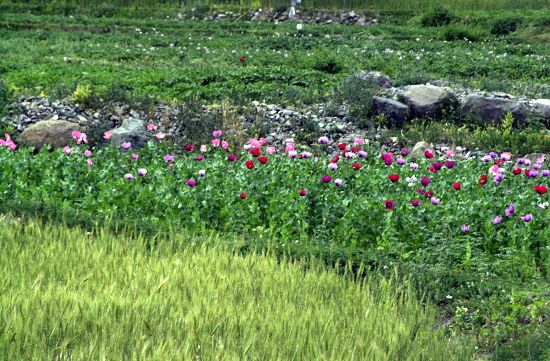 Is the impact different for you as a leader who had to make decisions and deploy personnel into difficult situations, presumably at risk, for a higher good – which is now disintegrating?

Jon: The sense of disappointment in the Taliban triumph across Afghanistan is felt by all veterans I know, regardless of their position or rank in the ADF. Everyone had a sense that we were achieving a better way of life for the average Afghan and to see it all disintegrate in a matter of months is difficult to watch. In my case, having been in junior roles in earlier tours and then command appointments in later tours, I don’t believe the impact is any different for those who went outside the wire to implement the decisions or for the decision makers. Regardless there is a shared sense of disappointment.

In what ways do you see the situation impacting those who served under you – and made life sacrifices to do so?

Jon: This is probably the most difficult aspect of watching the rapid resurgence of the Taliban, and regardless of what role you had in Afghanistan, or any combat theatre in fact, members of the profession of arms realise that they are there for the National Interest. There is a sense of stoicism. Nevertheless, it is a bitter pill to swallow when you have suffered physically or mentally due to war and to then see all your good work possibly evaporate. This is most acute for family members who have lost loved ones and knowing several of these families I understand that they are currently reliving the suffering they endured when initially informed of the loss of their loved one. 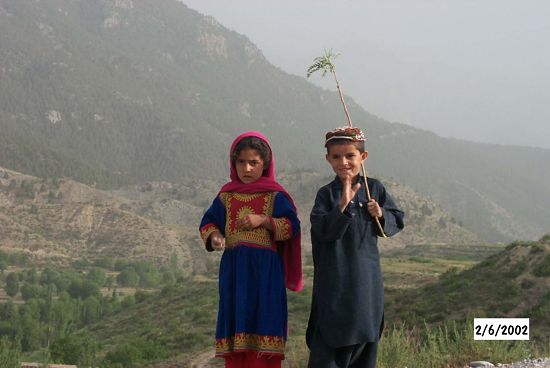 Does being a Christian help you to process what is happening and/or view the situation through a different, and perhaps less immediate, lens?

Jon: Reflecting on deployments, it was my faith that carried me through the long days, especially times when we had significant setbacks. Whenever possible, I started each day with prayers in the chapel. As I already mentioned, I’m not sure what is worse: unfettered Taliban rule or another Afghan civil war. Maybe I’m being too hopeful when considering the Taliban’s track record but, when I analyse the events of the past weeks, I see one small glimmer of hope potentially emerging. There are reports of dialogue between the Taliban, Hamid Karzai, and previous regime elements. Perhaps the notion of an Afghan Government being established that has representation across the political divide may evolve from this and, although not a model that would work in Australia, just conceivably that might work for Afghanistan. In the past few weeks, while contemplating the current confusion in Afghanistan where unimaginable events are occurring, I always remind myself that God has a plan and although not necessarily immediately evident to us it will evolve over time.

Duncan: I deployed to Afghanistan in 2014 as the Chief of Staff for the Australian National Command Element in Afghanistan. Our role was to support the Australian embeds in various NATO led headquarters and training teams, as well as providing consolidated reporting on the situation in Afghanistan for NATO and the areas where Australian personnel were serving. 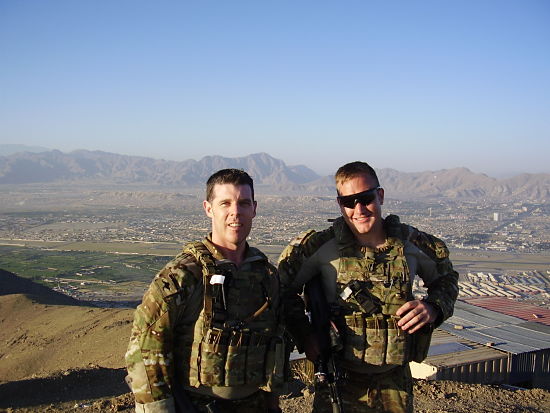 View over Kabul from North. Photo by Duncan Sherman. © Anglican Diocese of Canberra and Goulburn

How has the situation currently unfolding in Afghanistan impacted you personally?

Duncan: Personally, it is a significant human tragedy, and I feel great compassion for the population that is suffering. I am also concerned greatly for many of those Afghans who assisted Australian forces or accepted the challenge we offered of helping to build a new country and now find themselves a target of the Taliban. I am fortunate in many ways that I didn’t have close contact and so don’t have the direct personal relationships that many of my colleagues do have. I also have great compassion for my fellow veterans, and the families of the Australians that did die in Afghanistan, seeking to help the people there build a better and more stable life.

Are there any specific projects/ areas you put a lot of effort into that it’s particularly grievous to you to see coming undone?

Duncan: No, that is one benefit of the nature of my role, that I was less personally invested to any particular project or area. I know that so many of my Australian Defence Force colleagues who I helped prepare for deployment and supported during their deployments from my various positions/roles over the last 20 years have seen the considerable effort they put in significantly undone. I do see that there is hope, it was not necessarily all in vain. There are many Afghans under 25 who have very little or no memory of the Taliban and that have had a greater exposure to an alternate way of life. We need to remember that not everything was a waste of effort. Many Afghans have had the chance to get an education and see an alternate way of life. As a Christian I think we need to remember that there is so much the Holy Spirit can do to still bring good out of a seemingly hopeless situation, we simply do not know what the future holds.

Is the impact different for you as a leader who had to make decisions and deploy personnel into difficult situations, for a higher good – which is now disintegrating?

Duncan: The recent events in Afghanistan have not significantly changed for me the decisions made regarding deployments of personnel to Afghanistan. All of the Australian Defence Force personnel that deployed to Afghanistan were volunteers and I saw the best of the bravery, integrity, and teamwork of our Defence personnel clearly on display. It is sad that the work done did not last; however, it is a mistake to say that what any of us did was completely meaningless or does not count for anything. None of us can assess this with our limited availability of information. I choose to feel proud of the organisation I serve in that we have so many people who have sought to do their best and to help others to have a chance for a better life. I only wish there was more tangible evidence of lasting success at this time.

In what ways do you see the situation impacting those who served under you – and made life sacrifices to do so?

Duncan: I see many that are frustrated, and many have a degree of anger too. It is a bit like grieving and at the moment the feelings are quite raw, and people are looking for someone to blame. For some it is potentially impacting some of the self-image and self-worth that we humanly tend to build to convince ourselves that we are good people and that what we do has mattered and been a force for good. It is a time when we do need to be looking out for each other, especially as it can be a hard thing to talk about to someone who was not there.

Does being a Christian help you to process what is happening and/or view the situation through a different lens?

Duncan: My two main thoughts as a Christian on the current disintegration of Afghanistan are:

1. Nothing we do is meaningless; no suffering is meaningless. We do not always understand it or how it has meaning (maybe we often don’t understand it) but that is because we simply don’t have a long enough perspective or a broad enough view and knowledge. I hope one day to ask God about this and to get an explanation of the meaning, not that I have a right to that! I encourage every veteran who is understandably angry and upset to remember that they did do their best, they will likely never know all of the impacts they have had and how those impacts will reverberate in the lives of those Afghans they impacted over the remainder of all of their lives.

2. All of these troubles are but further evidence of the impact of sin in the world. If we cling to our own endeavours to bring meaning and purpose, then we will always end up disappointed. The real hope is the promise of Jesus to return and establish his kingdom here on earth, and that when he does, he will turn all of the badness and suffering to goodness and joy.