Zooming in on the National Parliamentary Prayer Breakfast 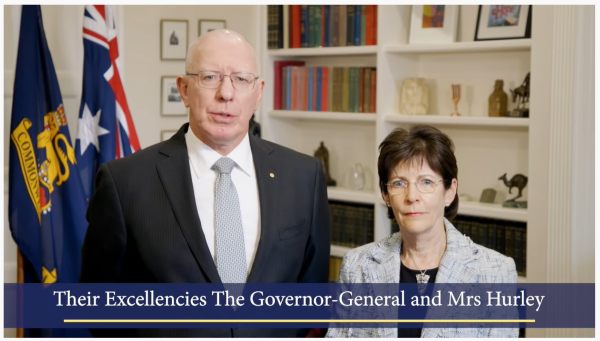 Like many events this year the National Parliamentary Prayer Breakfast adjusted to social distancing and ran a livestream event on Monday, 12 October. Groups around Canberra gathered together over breakfast to participate, including a gathering at St John’s Reid.

In her welcome, Senator Amanda Stoker, co-chair of the Parliamentary Christian Fellowship, said ‘The National Prayer Breakfast is a chance for people of faith from all walks of life to come together and pray for God’s blessing over this beautiful country; to pray for wise, godly support for our country’s leaders and to pray for people throughout our community who are doing it tough and who need the support and assistance of the community throughout our country’.

The morning opened with a welcome to country from Selina Walker, a Ngunnawal Elder. Luke Gosling, Federal Representative for Darwin and Palmerston in the Northern Territory and also co-chair of the Parliamentary Christian Fellowship, then MCd the event. 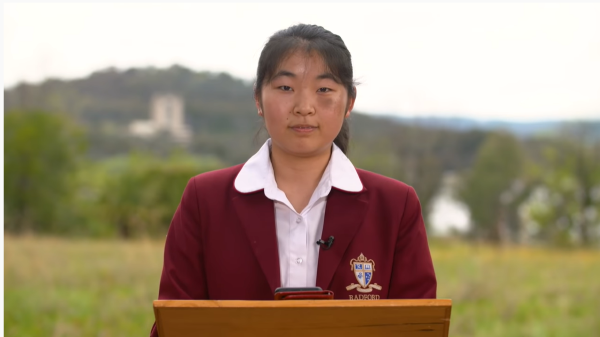 Various community representatives lead in a time of prayer: Ben Anderson, a Year 4 student from the Australian Air League, lead in prayer for our nation; Enling Liao, a Year 12 student from Radford College, lead in prayer for our leaders, asking for ‘wisdom and courage to be granted to our leaders, whether they be in government, in church, in the workplace or in school’; Senator David Fawcett prayed for youth and education; Milton Dick MP prayed for the marginalised and Dr Brooke Denyer, from Calvary Hospital, lead in prayer for front line workers. Students from around the country lead in the Lord’s Prayer.

Clare Glanville and members of Good Shepherd Church in Curtin performed a musical item, singing What a Friend We Have in Jesus. 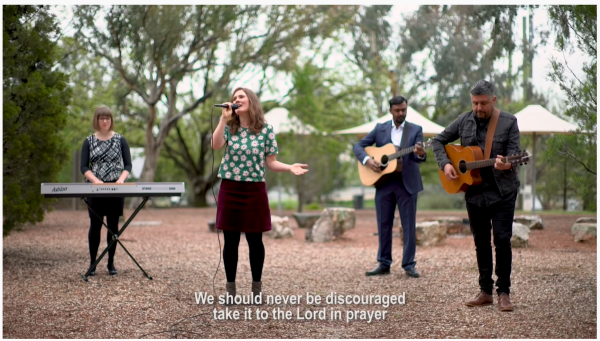 The opening address came from their Excellencies The Governor- General and Mrs Hurley, with the Governor-General saying, ‘Our experiences over the past year can best be summarised by borrowing from our poet Dorothea McKellar – the wide brown land has lived up to its reputation as a wilful, lavish land with a pitiless blue sky and flood and fire, yet she pays us back three-fold … In giving glory to [God] today, we know that if Australia pays us back three-fold our prayers will see an even greater response. As leaders of our country this is an important time in which to demonstrate our faith and to put our prayers for the well-being, health and happiness of Australians before God. God will support us during these difficult days. We know that he understands our needs and that he will respond according to his will. That is the hope and confidence that strengthens us each day.’

Mrs Linda Hurley added ‘We pray as well for God’s blessing on all in authority, that you and your families will be sustained and that you will be given the wisdom and strength for the tasks he has given you.’ Dr Meredith Lake, a historian of religion, society and culture was this year’s guest speaker. Meredith is the author of The Bible in Australia: A Cultural History, which won the history prize at the Prime Minister’s Literary Awards in 2019 and Australian Christian Book of the Year award in 2018, and currently hosts the weekly show Soul Search on ABC Radio National.

‘Even in difficult times history has much to offer us, not least in recalling to mind the long conversation we join as people living here and that we continue as citizens of Australia.

‘The Bible isn’t a niche thing when it comes to the history of Australia. It’s been the most widely-owned book in the history of the country – more studied, more talked about, more argued over I suspect than any other text. And of course it’s circulated not only as a text but as a source of stories and ideas, of church liturgy and hymnody. There are fragments of it in our language. It’s had an important material history. It appears in visual culture, everywhere from high art to the tattoos on convict’s bodies. But beyond the Bible’s shape-shifting ubiquity I’m interested in what all kinds of Australians have thought about it … It’s been thought to be everything from a resented imposition to the very word of God.’

Meredith reflected on this history, particularly as it relates to indigenous Australians. ‘From the outset the story of the Bible here is bound up with the messy realities of culture-contact and the dynamics of colonial power … Crucially though, it was indigenous Australians who really reinterpreted the Bible for themselves, who uncoupled it from that European Colonial baggage and made it speak in new ways in Australia. For over 200 years now indigenous Christians have used it to interpret their experiences, to demand just treatment and to assert a unique relationship to country.’ 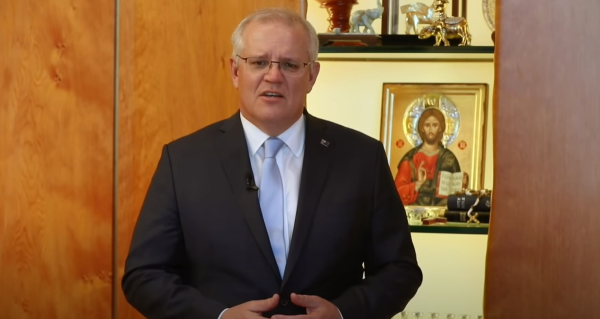 The Prime Minister, The Honourable Scott Morrison, then spoke, reminding listeners of the importance of gathering together, ‘This year we are mindful of the pain and suffering that is accompanying a once in a century pandemic … we’ve all been reminded of our shared human vulnerability, our interdependence and our need for a common hope … Our purpose as we meet virtually is to encourage one another.’ 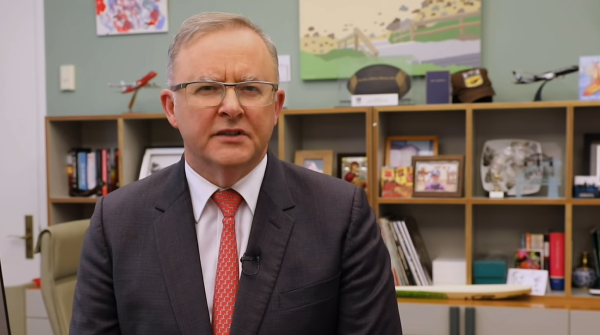 The breakfast closed with a vote of thanks from the Leader of the Opposition, The Honourable Anthony Albanese MP.