The Church that was Moved 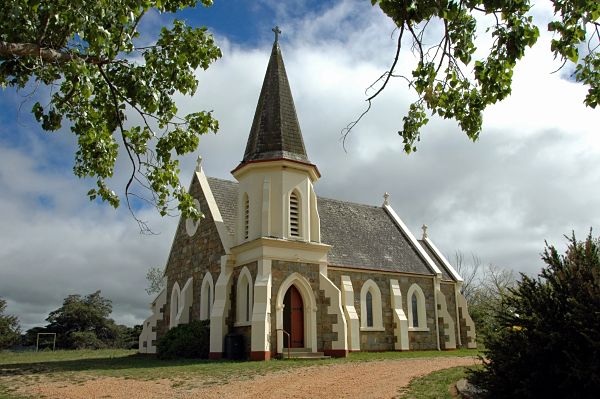 St John’s Church Adaminaby has a great story to tell!

But first a brief context. When the Snowy Hydro Scheme was conceived it affected two towns, namely Jindabyne and Adaminaby, causing both towns to be moved to higher ground.

The scheme involved the creation of several dams, one of which was Lake Eucumbene, which flooded the old township of Adaminaby. The entire town, together with three churches, was relocated in 1956/57. To dismantle and move a stone church to the new township some eight kilometres away was quite a feat. It now stands identical to the original stone building which had stood for 50 years in the old township. The first St John’s Adaminaby was a little wooden church built in 1863.

Now 65 years after the relocation, visitors can enter the church and activate a control panel which offers several short presentations on a large TV screen. 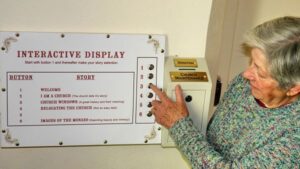 One such story involves the church, speaking in the first person, sharing its experiences over the past 150 years. Another story selection will explain how the church was moved and features a sixth-generation descendant of an early pioneer family telling that story. Through this interactive display you will meet our much-loved Jean who at 100 years old has been a member of the church for 95 years. A plaque dedicated to a lady who was the organist for 60 years is mounted near the current organ. Another video selection involves our resident Deacon, Edith, who explains the story behind some of the stained glass windows.

So, as can be seen, this country church really does have a great story to share.

Perhaps your church also has a story worth sharing.