Remembering those animals who served 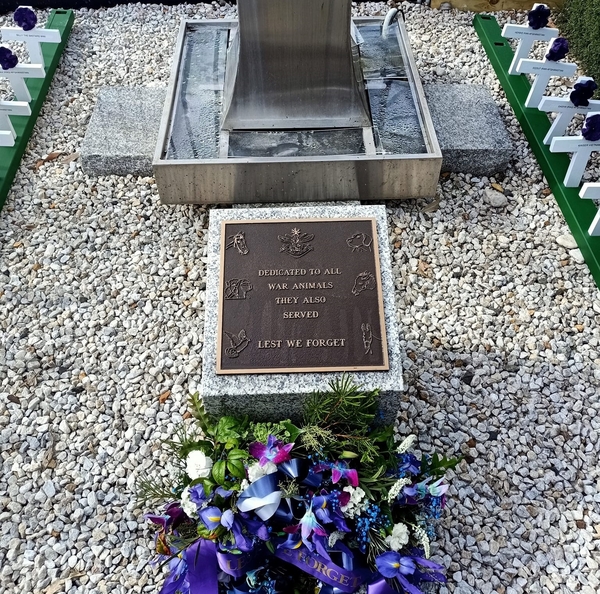 On Anzac Day, April 25 2022, a special ceremony took place at the Narooma Soldiers and services club. Reverend Tim Narraway, Rector of Narooma and chaplain to the RSL in Narooma, dedicated a memorial to remember those animals who served and died in war.

Throughout history, in war and in peacetime, animals and humankind have worked alongside each other. As beasts of burden, messengers, protectors, mascots, and friends, the war animals have demonstrated true valour and an enduring partnership with humans. Often this partnership is underestimated and seldom celebrated. Three times as many Australian horses went to the Anglo Boer war than did soldiers. Few if any returned. 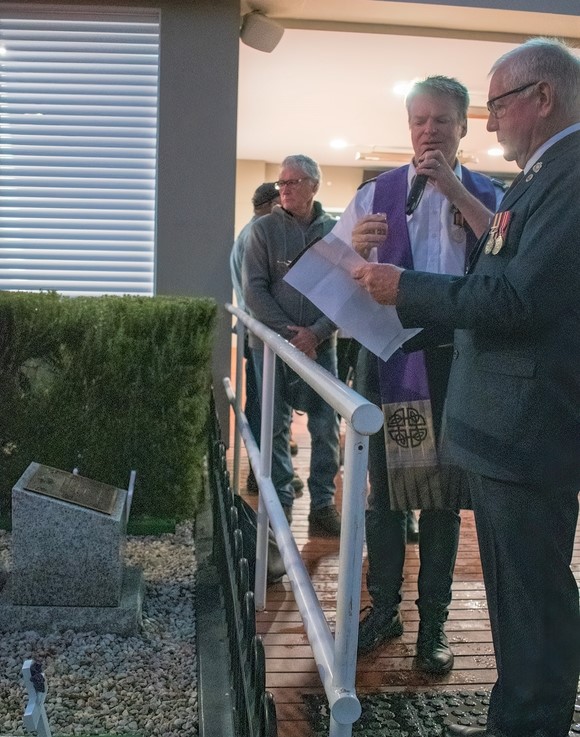 Photo provided by the RSL

Animals are remembered during Anzac day through awards such as the Dickin medal (the animal equivalent of the Victoria Cross) and the wearing of a purple poppy.

In Australia and New Zealand the role of the ordnance detection dog has resulted in numerous commendations and awards, not to mention the psychological benefits the animals offered troops.

Fun Fact: The most decorated animal is the pigeon.