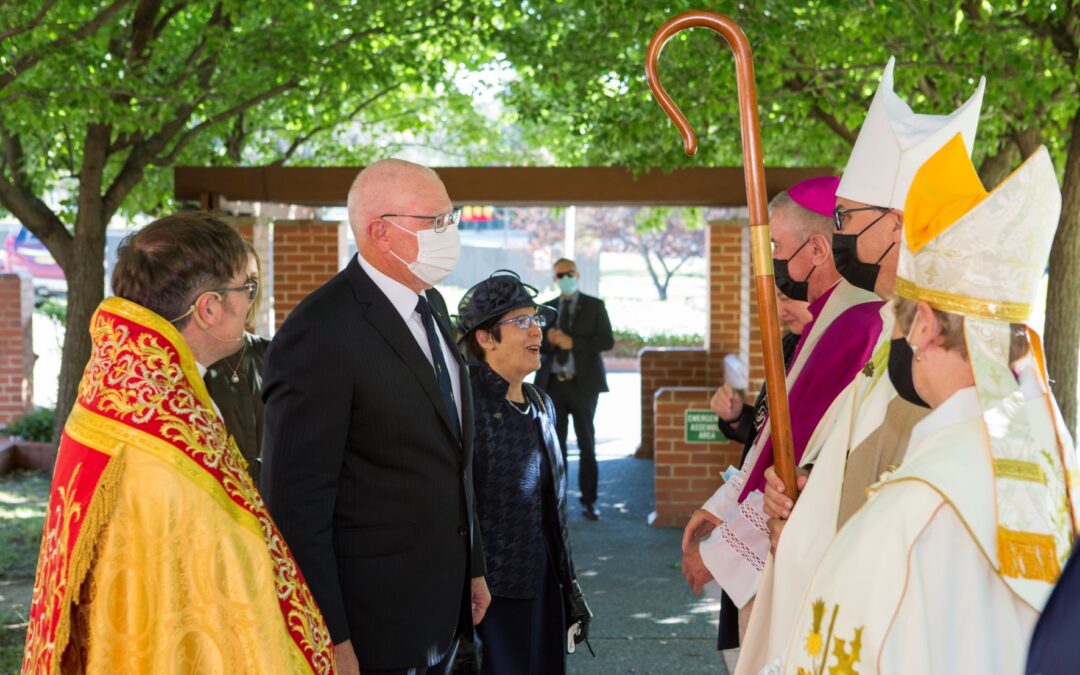 On 6 February 2022, St Paul’s Manuka joined churches around Australia and the Commonwealth to celebrate the 70th anniversary of the Her Majesty the Queen’s accession to the throne with a Festal Evensong service. No other Australian (or even British) monarch has ever celebrated seventy years of dedicated and faithful service to the nation, making this year’s Platinum Jubilee truly unprecedented.

The special occasion was attended by Their Excellencies General the Honourable David Hurley AC DSC (Retd), Governor-General of the Commonwealth of Australia, and Mrs Linda Hurley, the British High Commissioner Vicki Treadell CVO, as well as our Diocesan Bishop the Right Reverend Dr Mark Short, and Assistant Bishop, the Right Reverend Carol Wagner. 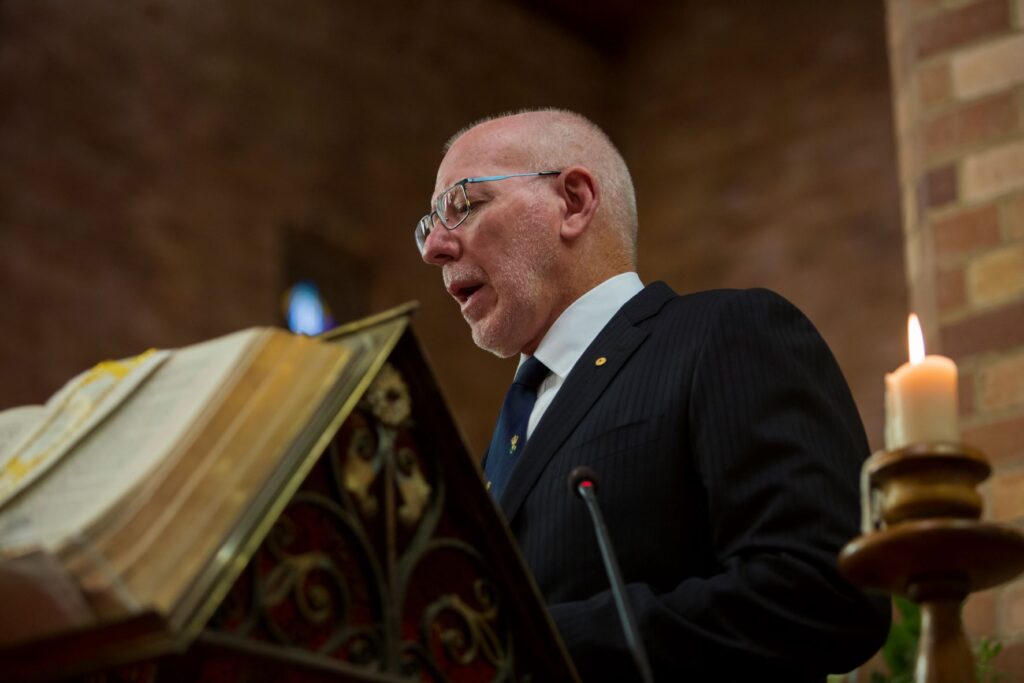 The Governor-General addresses the congregation

Ecumenical guests included the Most Reverend Christopher Prowse, Catholic Archbishop of Canberra and Goulburn; Father Trenton van Reesch, Administrator, St Christopher’s Cathedral Parish; the Reverend Martin Johnson, Rector of O’Connor; and the Reverend Gabor Szabo, Canberra–Queanbeyan Lutheran Parish, and chaplains from the Forces. Other visiting and associate clergy also participated, the colour and variety of their stoles and copes adding to the grandeur of the procession.

St Paul’s is no stranger to royal occasions, including hosting visits from The Queen herself in 1988 and 2000. Nonetheless, marking such a unique occasion in the presence of so many dignitaries required careful planning. Led by their indefatigable Rector, the Reverend Canon Dr Ben Edwards, musicians, sanctuary servers and hospitality teams alike pulled out all the stops to make it a memorable occasion. 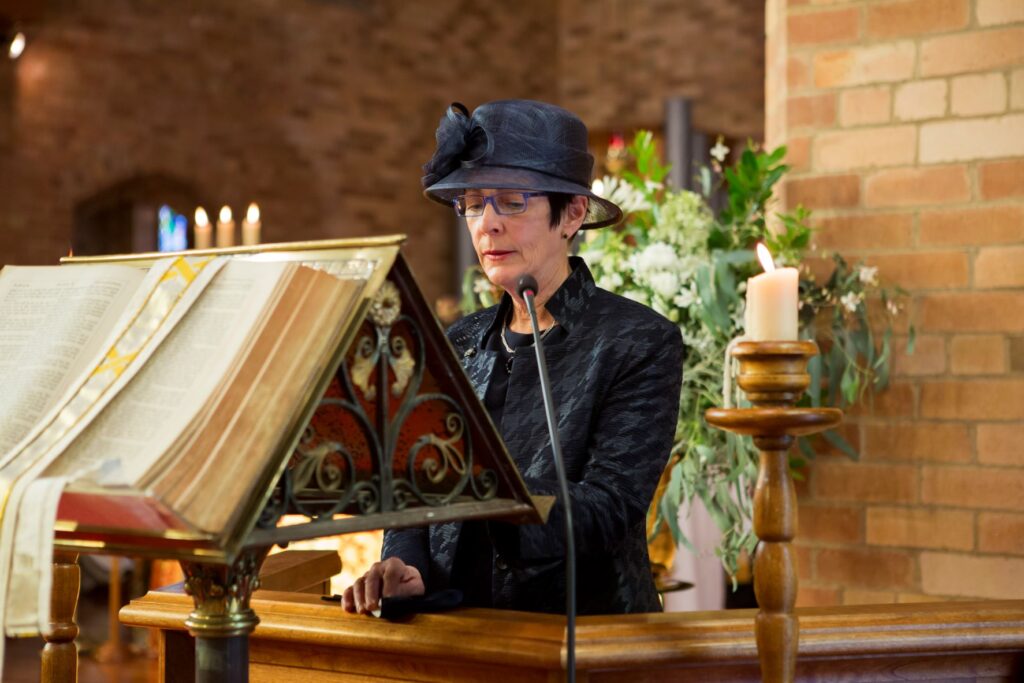 Mrs Hurley prays for The Queen

Under the direction of Matthew Stuckings, the choir, organ, brass and timpani joyfully rendered Stanford’s Evening Service in B flat, and other well-known works by Vaughan Williams, Walford Davies and Elgar historically associated with royal occasions. After a short reflection by the Governor-General on Her Majesty’s record of dutiful service to Australia and other countries of the Commonwealth, the service concluded with the royal anthem God Save the Queen. 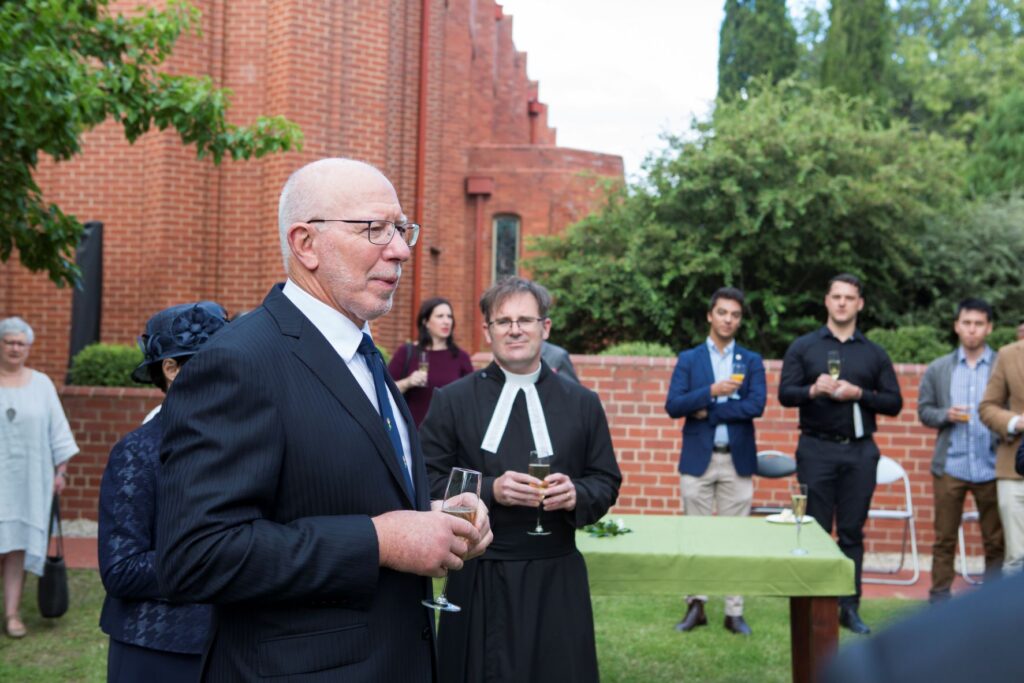 The Governor-General gives the loyal toast

During refreshments, the Governor-General and Mrs Hurley graciously mingled with guests and volunteers, showing a keen interest in the life of the parish. As the Governor-General led parishioners and visitors in giving a loyal toast, the St Paul’s Bellringers rang a commemorative Quarter Peal lasting around 45 minutes. 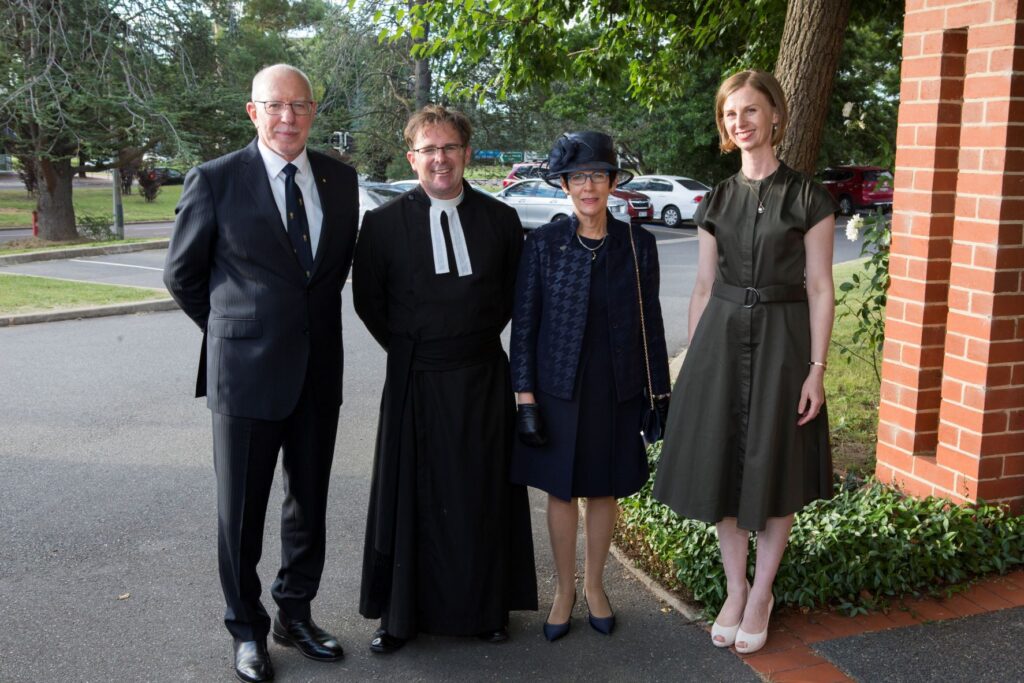 Other Platinum Jubilee activities will likely follow this year. In the meantime, we continue to offer thanks to God for the special example of the Christian spirit of duty, commitment and self-giving service that The Queen has consistently and quietly modelled throughout her 70 years of public life.