On the Writing of Poetry 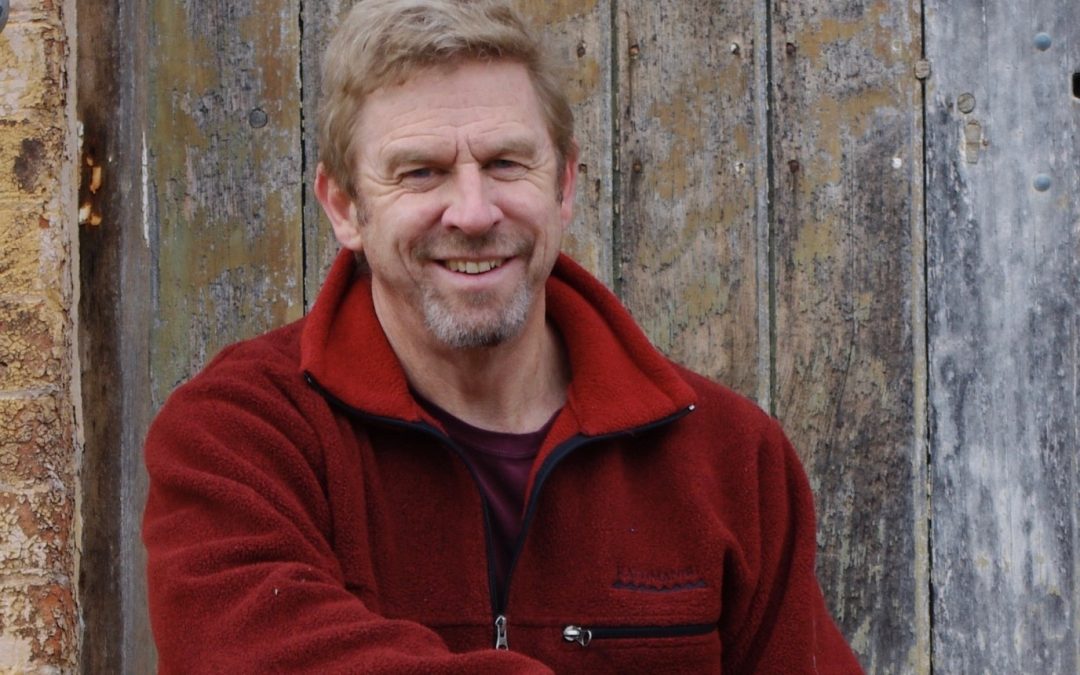 John Foulcher, a retired Deputy Principal from Burgmann College, who is married to Jane, the Deputy Director of St Mark’s National Theological Centre,  recently won the Australian Catholic University Prize for poetry for his poem Revising Casuarinas, so we thought we’d find out a little more about him and his craft.

Can you tell us the story of how you began writing poetry? (Was it just a natural thing for you to do?)

I started writing poetry at school but didn’t show it to anyone – it was a kind of catharsis for me then. When I got to university, I took a unit called Literary Craftsmanship, which was about the craft of writing poetry. It was a real eyeopener – until then, I thought poems came  naturally, that a first draft was good enough, but this course (led by a really fine poet named John Couper) showed me you had to work at it and that you’d fail a lot more than you’d succeed.

Are there any poets who have particularly influenced you, in being a poet or in style of poetry?

I was originally drawn to poetry by Auden and Eliot, whose use of language seemed so vivid and contemporary. After a short period of admiration for more florid poets like Dylan Thomas and Gerard Manley Hopkins, I came to like poets who used more colloquial, ordinary language, like Philip Larkin or Robert Lowell. They remain the greatest influences on my writing, along with the wonderful American poet, Elizabeth Bishop. When I first started publishing, I was fortunate to be mentored by two of Australia’s greatest poets – Les Murray and Robert Gray. I once asked Les what I needed to write really good poetry. ‘That’s easy,’ he replied, ‘you’ll need a really big wastepaper basket because, like all of us, you’ll write an awful lot of rubbish before you write something of note, and you have to be smart enough to recognise it!’

Do you have any thoughts on poetry, art and creativity as a response to being made in the image of God?

Yes, I remember someone saying to me when I was about eighteen that God was the ultimate artist, having created this little thing called the universe, and that God’s spirit of creativity is embedded in all of us. I’ve come to see the truth of this. For me, writing is a way of being fully  human as it’s my outlet for this God-given creative impulse. But some people think artists and writers are more creative than other people, more in tune with that aspect of God’s character. I don’t think that’s true. My wife Jane and I are renovating an old church at the moment, and it’s been such a joy to watch the builder at work with this strange old building. His creative approach to the problems he comes across – well, I don’t see a difference in what he’s doing and what I’m doing when I’m writing a poem, except that he’s a lot more useful than me!

Studies show that both sides of the brain are involved in writing poetry and can be affected by it, and poems deal in metaphor and subtlety and depth. Are there particular things you believe poetry has to say to or teach us, or that you see as its value, today?

Poetry teaches us that nothing is what it seems and everything is exactly as it seems. It’s about helping us to live with paradoxes and the subtleties of truth. In a world where we seem to be increasingly forced into ‘camps’ or tribes, poetry teaches us to distrust ourselves, to distrust dogma. When I sit down to write, I have to be a poet first and a Christian second. Some Christians have difficulty with this, but you’re not being true to the calling or the art (or to God) unless everything is on the line every time you write, and this includes our most deeply held beliefs. Otherwise, you end up writing propaganda and truism. It was significant that Plato wanted no poets in his ideal republic – he knew that poets were the troublemakers, the ones who would always say, ‘Yes, but …’. He seemed to prefer a smoothly functioning society over a reflective one, but perhaps that’s a little unfair. When I sit down to write a poem, the poem is always in control, not me. It will go where it wants to go – I just tag along for the ride.

What was it you taught at Burgmann Anglican School and others?

I taught English and Drama, and ended my teaching life as Deputy Principal at Burgmann. I was the first Head of Senior School there. I liked Burgmann a lot – every school has its problems, but I always found Burgmann a kind school, a school where the kids were more important than the results they got. I loved teaching, I loved the way constant contact with young, enquiring minds kept me in touch with the turning world. It drained me but inspired and enlivened me – another paradox! I miss it, but I’m grateful for this time to concentrate more deeply on the inner life.

You have now retired and are renovating an old Catholic church to live in, which would be a special project. Can you tell us about the project and what prompted it?

The church was an impulse buy. We were on our way down to the coast, saw that it was for sale and dropped in to see it and our response was immediate – we have to buy it. That was over ten years ago – while we would have liked to have completed the project earlier, life got in the  way and we had to learn patience. Yes, we intend to live there, but it will always be a church: you can’t take a hundred and fifty years or prayer out of those walls, decommissioned or not. We hope it will be something bigger than us; we’re hoping to have readings and recitals there, and for it to be a place of peace and retreat not just for us, but for many people. We have to wait now to see what will come of it, we have to wait on God.

Do you have any particular writing projects in mind for the future?

Nothing except the desire to write more poems. I’ve got a new book coming out next year called Dancing with Stephen Hawking. Beyond that, well, who knows?

I sit outside in the cold and listen to the wind
riffling the hair of the trees. Further out,
through the forest, it’s like a storm
approaching, though there is only
a thin gauze of cloud, and percolating light.
I run my fingers along the black cover,
the gold lettering, thinking about time
and so on.

In these pages, there is shadow
and dust. Echoes and incense, a fusty cold,
worn stone, worn aisles, footsteps and whispering.
Someone confessing to a priest who hunches
like a weightlifter, as he crosses himself
and compels a casual penance
that will make things new, that will erase
all hurt. The wind is getting stronger now,
the grass is a restless shuffle. A bleached sky. Winter.