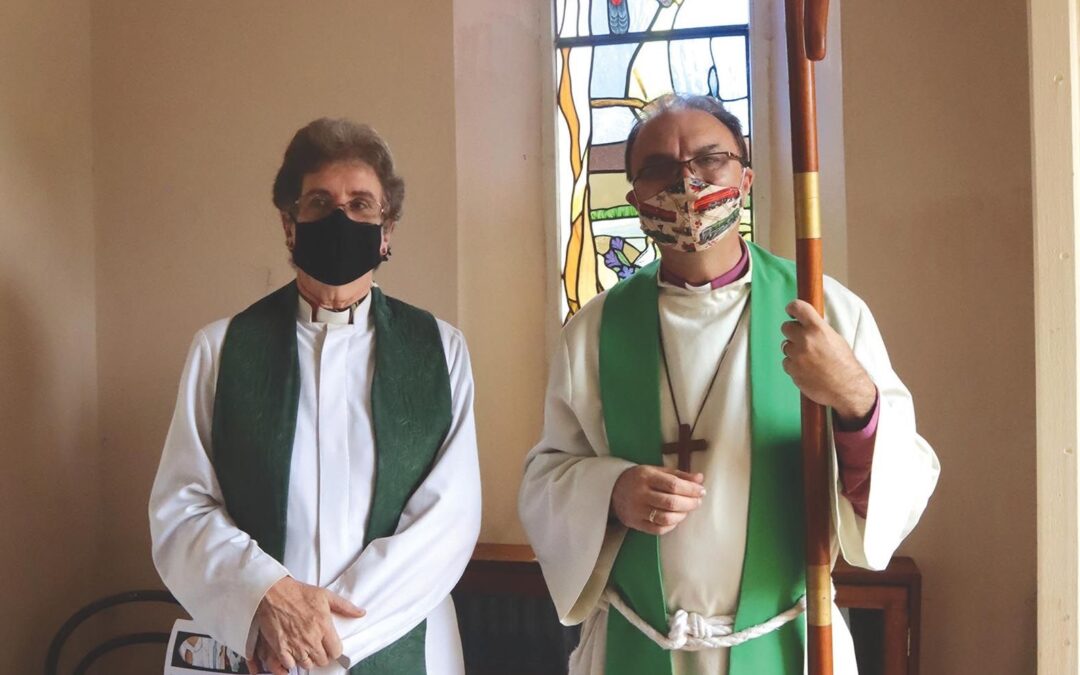 Nimmitabel’s St Peter’s Anglican Church is one of the oldest stone churches on the Monaro.

It was completed in 1882 and has been in regular use since that time.

Over the years, many generous benefactors have donated a new roof, furniture, carpets, a sanctuary lamp and organs.

In 2010, four stained glass windows were given to the church.

Three behind the altar were the gift of Peter Taylor in memory of his late wife Anne and one in the porch was given by Joanna Herbert in memory of her husband Mike.

Members of the congregation past and present also contributed to the conservation work associated with the installations.

The windows were designed by Cedar Prest OAM, one of Australia’s leading stained-glass artists who has made windows for St Peters Cathedral, Adelaide, Sydney Airport, Kalamundra library, Perth, the Chaffey theatre, Renmark and numerous community projects throughout Australia.

She studied extensively in Europe and UK and was awarded a Churchill Fellowship.

Her windows are all contemporary and very colourful.

On accepting the commission to make windows for Nimmitabel in 2010, she visited the church and explored the district in order to understand the landscape.

Last year, on hearing that Cedar was planning to retire, she was invited to prepare concept designs for the remaining eight windows in the church.

Her response was immediate – she not only agreed to design the windows, but also offered to manufacture them as a gift to the church.

She asked for designs and themes and the decision was to depict the local landscape.

She asked for photographs of favourite views and places and her final designs were unanimously accepted.

Donations were received from members of the congregation and Peter Taylor generously offered to underwrite the project in order for it to go ahead.

It is Cedar’s last commission, as she has now dismantled her workshop and is disposing of her huge collection of glass.

Local builder Cliff Richards has installed the windows – a huge job requiring replacement of rotted timber frames, repairs to plaster and fitting of protective Perspex to the exterior.

Stained glass windows have a history going back more than a thousand years and wonderful examples exist throughout the world.

One of the earliest known was a window at St Paul’s Monastery in Yarrow, England, dating from 686AD.

Throughout the centuries the art has developed and changed, but has never gone out of fashion.

To have a complete suite of windows made by one respected artist is a valuable addition not only to St Peter’s Church but to Nimmitabel’s future heritage and history.

Following the installation of the eight new stained-glass windows in St Peter’s, Bishop Mark Short held a dedication service at the church on 30th January. 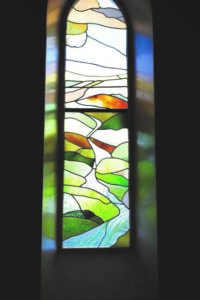 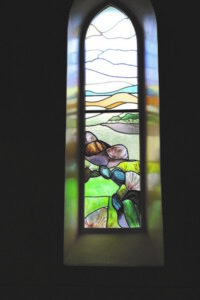 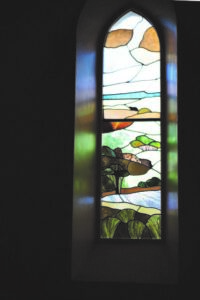 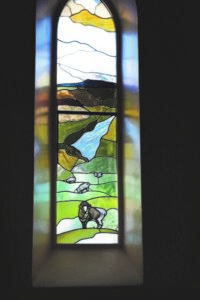 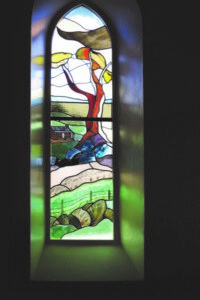 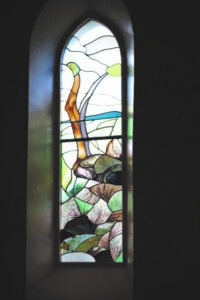 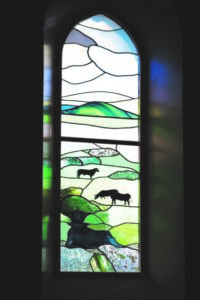 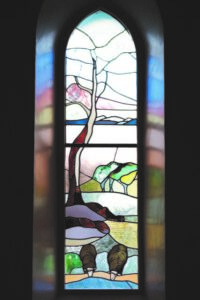