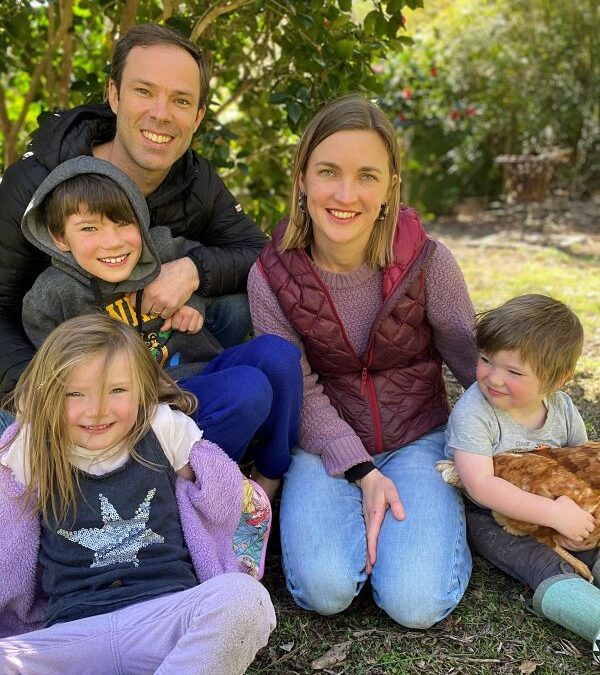 On 16 October Nick Colyer was inducted as the new rector of St Peter’s Weston.

Nick previously served as a senior assistant minister at Anglican Churches Springwood in the Blue Mountains. He is married to Sarah and they have three young children.

Nick grew up on the northern beaches of Sydney and first heard the gospel at his local primary school in weekly Scripture classes. But it was not until his final year of high school that he gave his life to Christ.

At his Anglican school, he was exposed to the gospel through chapel services and Christian Studies classes, and over time the great truths of Christianity took hold. Nick became convinced that Christianity made sense of the world—its goodness yet brokenness, our longings for something more.

In year 12 a friend invited Nick to a Christian lunchtime group, an act which challenged him to consider where he really stood with Christ. In the culture of the students at the time, to even attend such a group was to stick your neck out. But God had gripped him—in saying ‘yes’ to the group he also said ‘yes’ to Jesus.

Nick’s early Christian formation took place at St David’s Anglican Church, Forestville, and the Sydney University Evangelical Union. During this time God continued to open his eyes to the depths of his grace, and the great treasure of the Bible.

After graduating from Sydney University with a degree in history, Nick worked as a sub-editor for a travel magazine. He married Sarah during this time, and together they became more involved in ministry at St David’s. Soon Nick was invited to do a ministry apprenticeship, taking responsibility for the church’s youth ministry.

Convinced that full-time parish ministry was where the Lord would have him, Nick then spent four years studying at Moore College. During this time he was a catechist at All Saints’ Oatley West and St Bede’s Drummoyne. After graduating, Nick was deaconed in Sydney in 2013.

Nick’s first curacy was at Hoxton Park Anglican Church in southwest Sydney, where his primary responsibilities were youth and young adults’ ministry, and oversight of the 6pm congregation. The first two of their children were born there. Nick was priested in 2016, and then moved to Springwood in late 2017. There he was responsible for small groups and the 4:30pm congregation, and the final little Colyer was added to the family.

Nick enjoys bushwalking with his family, curling up with a good book, and watching NRL (in a strange twist of God’s sovereignty, he’s been a Raiders fan since childhood!). His greatest joy is seeing people come to appreciate the goodness of God, and growing in their love for him.

He is very much looking forward to serving the saints at St Peter’s and leading the mission to reach the lost in the local area.