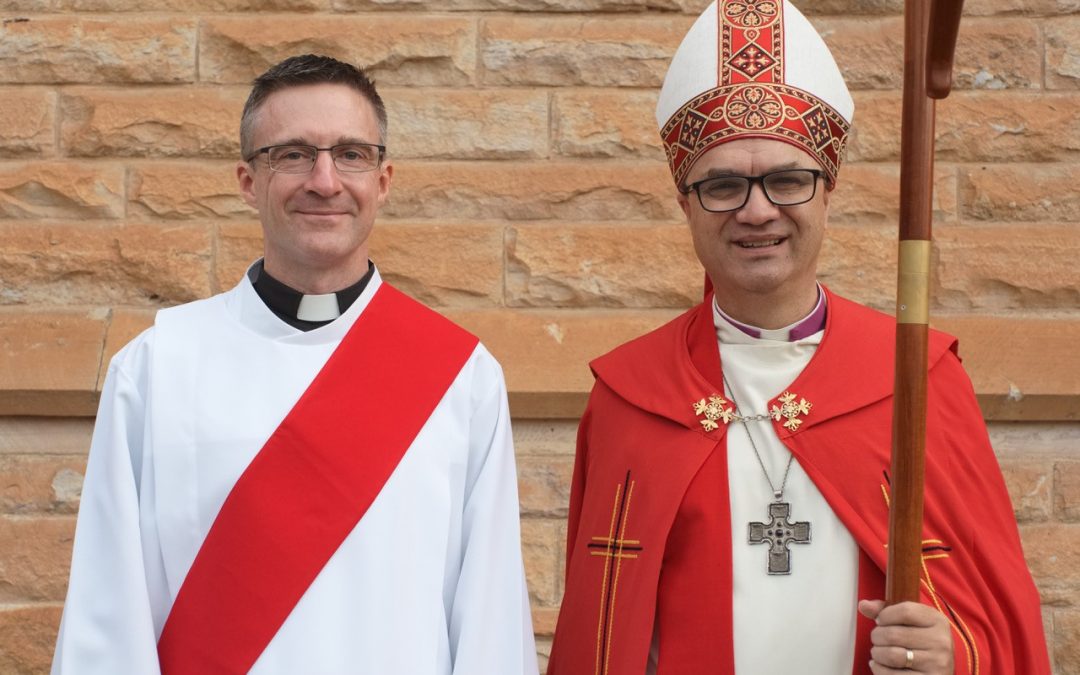 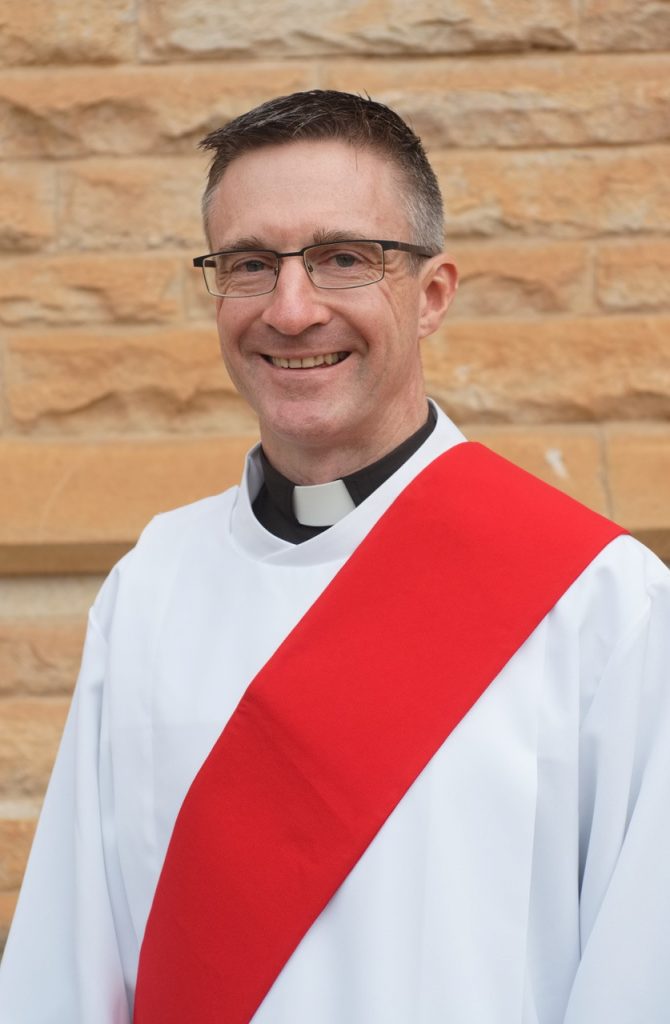 On Saturday 13th February Byron Steele was ordained as a Deacon in the Diocese at St Saviour’s Cathedral. He will serve as Deacon Assistant in Gungahlin Parish and as a Defence Force (Navy) Chaplain.

Bishop to the Defence Force, The Right Reverend Grant Dibden, preached the sermon, asking those gathered ‘do you identify as a servant who leads or do you think of yourself as a leader who serves? … There’s a big difference.’ He demonstrated that ‘Jesus identifies as a servant. He made himself nothing and took on the nature of a servant Philippians [Chapter 2 vs 6-8] says. This wasn’t a half-hearted gesture of drying up on occasion. It was Jesus giving up the perfect relationship He had with the Father, emptying Himself and becoming human. Humbling himself to death, and not just any death, but the horrific death on a cross.’

Byron grew up in Canberra until his parents’ call to overseas ministry. This saw Byron spend his High School years in Portugal in Europe before returning to Australia in 1997.

In 1999 Byron joined the Royal Australian Navy as an Aircraft Maintenance Technician – Avionics serving in Australia and overseas in a variety of roles. During this time he experienced the impact of both the presence and absence of good Chaplains and witnessed the difference they can make to individuals and to an entire ship’s company. While posted to the Navy’s Technical Training Faculty near Melbourne, Byron was challenged to serve God as a Navy Chaplain himself and was officially accepted as an in-service trainee in 2017.

With a denominationally diverse background due to his parent’s ministry, Byron has been involved in church music since his teens. This developed into gaining experience in a wide variety of church and para-church roles including involvement with IFES in Portugal, youth group and music team leadership, public event coordination, and Parish Council.

Having moved to Canberra in 2018 in order to complete a Bachelor of Theology at St Mark’s National Theological Centre, Byron is currently attending Gungahlin Anglican Church with his wife Meredith and their two sons Lachlan and Caelan.

As was prayed in the service:

Bless your servant, Byron
called to the order of deacons.
Pour your grace upon him, that he may faithfully fulfil
the duties of this ministry, build up your Church,
and glorify your name.
Lord, hear our prayer.