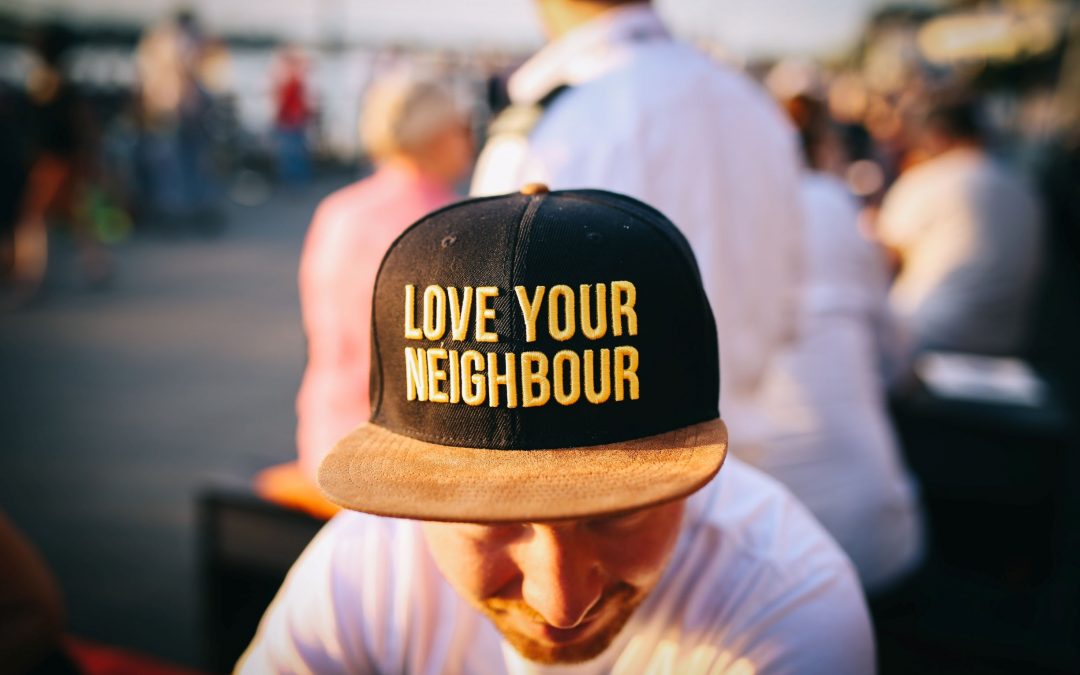 On 3 March 2020 the clergy from across the Diocese gathered for their Annual One Day Clergy Conference. Peter Carolane from Melbourne, who has had a long involvement in youth ministry and church planting, gave two presentations on ‘Crossing the Aisle’. To ‘cross the aisle’ is a phrase borrowed from American politics, where to do so is seen as a virtuous action for the greater good.

Peter’s church recently ran a ‘Crossing the Aisle’ festival to reach out to their community. He believes that the church needs to be continually thinking about ways to find renewal, because we are an ageing institution, but notes that church members often get scared by the idea of mission and evangelism, feeling that they’ve already talked to the people they know and their relatives aren’t interested, but they often undersell themselves and the treasure inside them that they have to share.

So they decided one way forward was to introduce their church people to others not from their cultural background. Jesus says we’re to love our neighbours, but to do so we’ve got to actually know our neighbours. 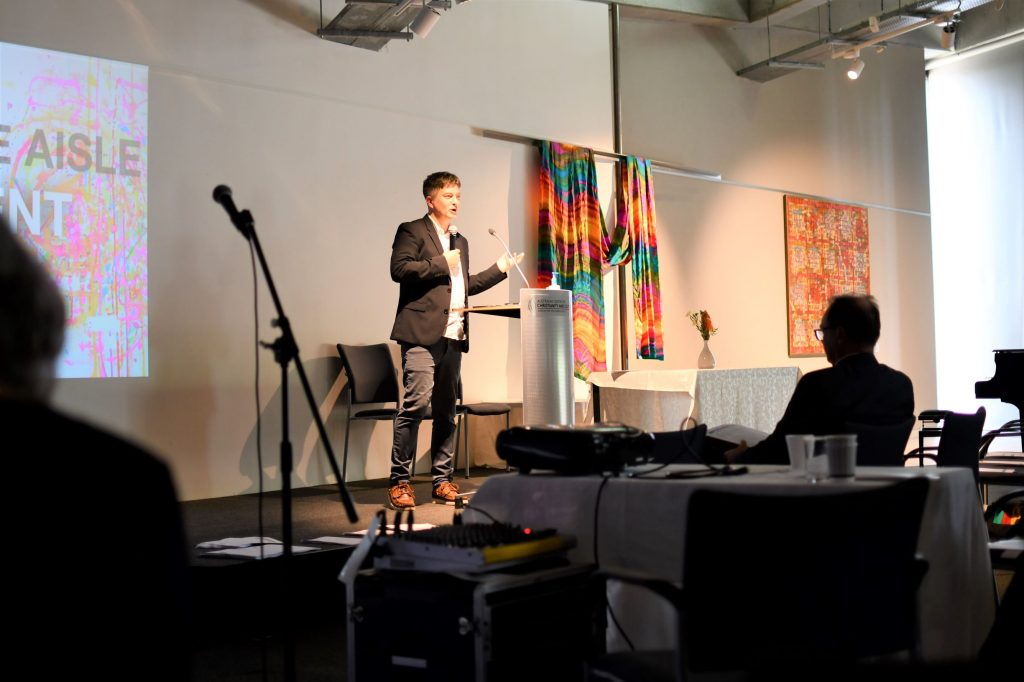 Peter Carolane speaking at the One Day Clergy Conference at the ACCC.

Peter then showed how in his life Jesus transcended the cultural fears of his friends by crossing the aisle and meeting with people from different backgrounds, tax collectors and sinners, many of whom came to him because it is the sick who need a doctor, rather than the healthy.

One way you can explain the purpose of Christ’s death and resurrection is how it’s presented in Romans, chapters 4-8, which is that God wanted to create a new multi-ethnic, faith-based family of Abraham under the Lordship of Christ. Multi=ethnic in the sense that it is Jew and Gentile sitting together, worshipping together under Christ.

We need to create in our churches a culture of impartiality, if all this is true, intentionally going out of our way to focus on people not like us. One way we can do with it is to start with our own backyard as Anglicans and foster collegiality across the theological and churchmanship tribes. Another way to promote impartiality is through getting to know the other churches in our area and praying for them. And a third thing we can do is pray for an increase in diversity. We should check our unconscious biases in our church toward our own tribe. Often our churches are very homogenous, culturally. We should ask whether or not our churches reflect the cultural diversity of the local area. There will be costs to being impartial, and sometimes we’ll be crossing over to our enemies.

As we cross the aisle we also have to think about judgment. One of the main obstacles preventing Christians from crossing the aisle is the fear of being judged. But the people we cross over to are probably also fearing being judged themselves. For various reasons, perhaps of lifestyle, sexuality, race, economic status, disability, religion, huge life mistakes, people can fear Christians when they start talking to them.

So we need a Christ-like approach to the issue of being judged and judging other people. Jesus taught, ‘Do not judge or you too will be judged. For in the same way you judge others you will be judged and with the measure you use it will be measured to you.’

So as we cross the aisle, we’re not to judge others, but we’re also not to be passive. This does not mean we don’t exercise good judgment, or that we don’t call out injustice for the ill-treatment of people. We’re to defend and advocate for the marginalised by challenging their abusers. But we now have Jesus as the perfect judge, so we are not determining a person’s status before God or exercising punishment on behalf of God, rather we are helping people in love.

And if we are judged we’re to respond in grace and prayer for our enemies, with gospel proclamation in the power of the Holy Spirit. We can learn to be humble and listen when we’re in the presence of people not like us.

Finally. If we’re going to cross the aisle we have to learn to stand out, not seek to completely blend in. Rather we need to be distinctively Christ-like. Israel was called to be a shining light to the nations and in the same way Jesus came to be the light to the world. And he called his disciples, he called us, to be salt and light. While we should be distinctive as individuals this is a call to corporate action. We need to ask ourselves whether our community knows we’re here or would notice if we disappeared over night. To be distinct we need to be a shining light.

Crossing the aisle is about being incarnational because God crossed the aisle first to be with us.

Peter concluded by saying that he’d love other churches, especially Anglican Churches, to be a little bit more radical, a little less middleclass; to stand out and bring more flavour to the world. We can’t do that unless we are willing to have sacrificial and humble encounters with people who are not like us. When we do that I think we see Jesus smile.