Bells Ring Out Around the World 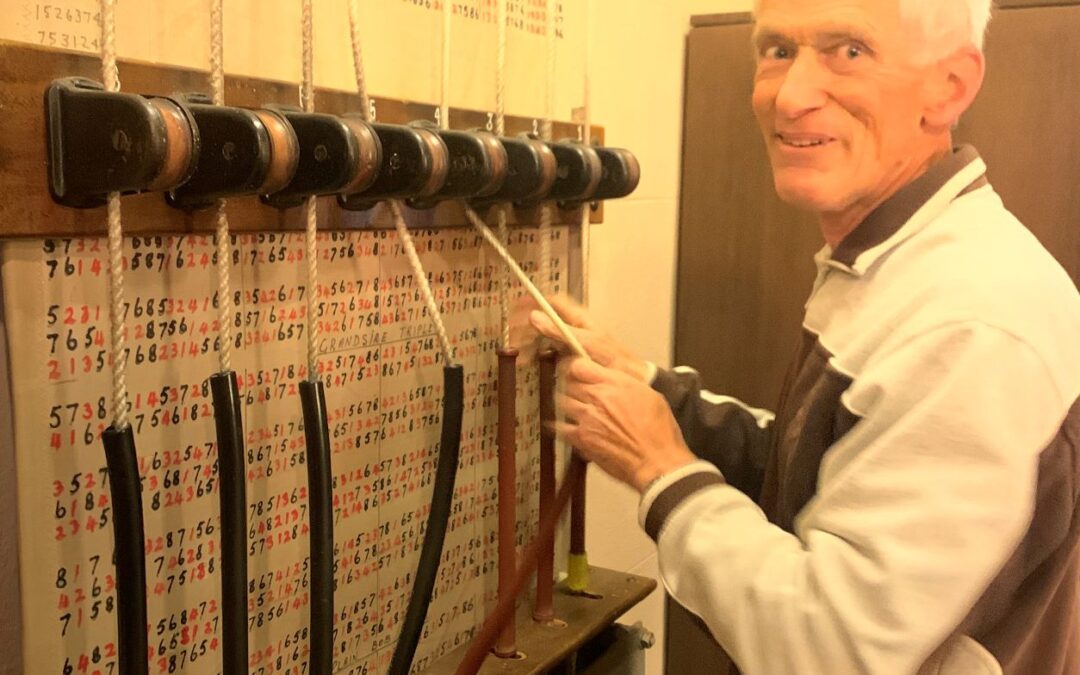 2021 is the 200th anniversary of the invention of the Ellacombe Chime, a method of installing and ringing bells invented by the Reverend Henry Ellacombe who became curate at St Mary’s Church in Bitton, England, in 1817.

In an Ellacombe Chime the bells are fixed in position, with the ropes being attached to the clapper. This allows one person to ring twelve or more bells, unlike the traditional way of ringing where the bells are rung by a team of ringers with one person ringing each bell.

With traditional ringing, the whole bell swings through 360 degrees. As some bells weigh nearly a tonne, traditional ringing can be thirsty work, and bellringers developed a reputation for partaking of too much strong drink after and even during ringing.

When he arrived at Bitton, Ellacombe already had a dim view of bellringers but he was nonetheless appalled by the unruly and disruptive behaviour of the bellringers in his new parish. He therefore set to work to develop a system whereby the bells could be rung by one person of trustworthy, decorous and, most importantly, sober character.

To mark the 200th anniversary of the Ellacombe Chime, the Bitton Parish History Group organised an ambitious day of bellringing on Saturday 26th June 2021. Over 130 Ellacombe Chimes around the world rang out at or near 12 noon (local time) on that day, beginning in New Zealand and ending in Canada – a time difference of 17 hours.

There are two Ellacombe Chimes in our diocese – at St John’s in Reid and one at St Andrew’s Presbyterian Church, Forrest. Both churches participated in the event. The Bitton Parish History Group has compiled a list of videos and photographs of the day – see http://www.churchside1.plus.com/ EllacombeWorldwideVideos.htm.

by Charles Body
Photo: Charles Body ringing the Bells at St John’s in Reid, courtesy of Tim the Yowie Man of The Canberra Times.