A lot with a little, and a big God – Bishop William Chalmers 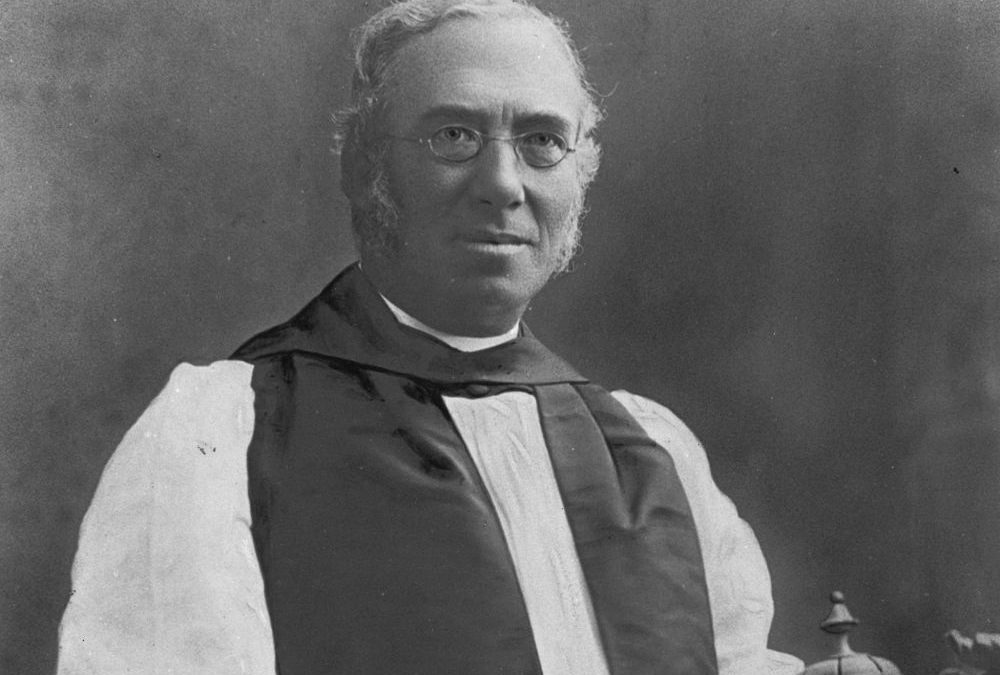 Sometimes I wonder whether our diocese will ever be out of debt. And the feelings that go with indebtedness have the potential to halt ministry expansion, don’t they? New ministry is risky and debt can make us risk-averse.

This set of feelings rhymes with the experience of our second Bishop, William Chalmers.

Chalmers entered the St Augustine’s Missionary College at Canterbury, and later was accepted by the Society for the Propagation of the Gospel for service in Borneo. He played an important part in translating portions of scripture into Dyak but had to leave Borneo for health reasons just three years later.

Borneo’s loss was Victoria’s gain. He worked in various parishes, demonstrating an aptitude for starting new ministry and the structures that support those ministries. In particular, he was instrumental in establishing the Australian College of Theology. He was well-liked as an insightful pastor and a keen intellectual.

It’s little wonder that at our first ever election synod, debate lasted just one day and nominators of the other candidates withdrew to throw their support behind the installation of Chalmers.

However, it appears the diocesan profile (if such a thing existed) wasn’t up to scratch, because writing to a friend shortly after his installation Chalmers observed:

‘The church here is in a very low state. Every organisation seems out of gear, every department of administration is hampered with indebtedness.’

This situation was compounded with the 1890-1893 depression and when, in 1895, it was discovered that the diocesan solicitor had embezzled the episcopal endowment fund and several other church trusts. The money could not be recovered and it left the diocese with very little money for advancing new ministries.

Seeing the threat to gospel advancement, Chalmers vacated Bishopthorpe, choosing instead to rent it out to fund ministry, and moved into a modest home with his wife Ettie. For the majority of his episcopacy he took a half-stipend.

He then retooled his ministry around catechesis and  discipleship, both of which required little money but, he was confident, produced persevering saints, and evangelism. ‘Parish Missions’ were held in each parish around the diocese.

Like Thomas before him, he was an expert fundraiser and was able to cast vision back in the UK for the evangelisation of the New South Wales inland. Leveraging this money, Chalmers oversaw the establishment of 16 new churches, and not just new churches but ministries specifically for Indigenous people and the Chinese population.

Chalmers’ episcopacy was tragically cut short when a leg injury from the Tumut vestry led to a fatal heart attack. Some have argued that Chalmers’ time was too short to make a strong judgement about, but I say he did something remarkable: the number of those attending church across the diocese was higher per-capita than when his ministry started. His confidence in Christ averted risk-aversion.

Reverend Steve Boxwell
Renew Anglican Church
NB. This is the third article in the series Know Your Bishop, which is not being published in order.