Remembering June Davies – A Daughter of the Diocese 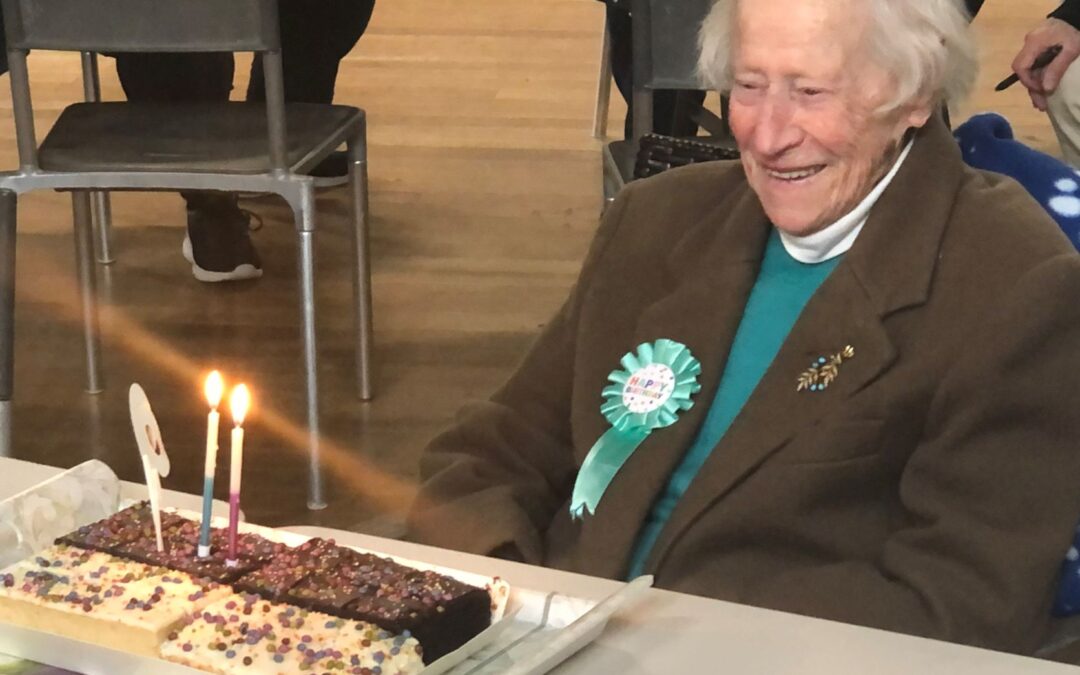 St Nick’s Goulburn recently said goodbye to a daughter of the Diocese. June Davies was a lifelong member of the Diocese. Born in Goulburn to a dentist she had the privilege of growing up in a church family and came to Christ at an early age. Her first job was as a secretary in the diocesan offices located then at St Saviour’s Cathedral. In later years she would recall being asked by the then Bishop to make cups of tea for visiting clergy from across the Diocese.

June soon married and moved to the home she stayed in for the rest of her life with its distinctive Narnian-style lamp post in the front yard. The home backed onto St Nick’s and she became a parish member till her death decades later at the age of 99.

She raised three daughters and brought them with her to St Nick’s where she was heavily involved. There she was a member of the Sunday congregation first and then the Wednesday congregation over many decades. Her Christian faith also led her to serve in Anglican Women, Legacy, Meals on Wheels, the Red Cross and other organisations.

It wasn’t all Christian duty … she was an avid gardener and enjoyed getting a good cutting or two. She was also a seasoned traveller and even travelled to Hawaii on an annual holiday with her final trip being when she was 97 years of age.

‘It’s hard to overestimate the impact that such a long tenure by a layperson has on a parish,’ said Reverend Paul Davey, the current rector of St Nick’s. ‘She would have seen many a minister and many a fellow parishioner come and go. And it’s not like they wouldn’t have known her either. When June was in the room everyone knew it! She was forthright and outspoken, but usually with a good-natured smile, and she would often be teasing or joking with the entire room. For well in excess of 70 years she was a positive influence in our parish. That’s a huge impact.’

The parish of St Nicholas celebrated her 99th birthday with her in June 2021. They celebrated with a cake (see picture), singing and other fun. June complained about people ‘making a fuss’ but was pleased nonetheless. Even at 99 she was determined to be live independently in her own home and largely look after herself. A few months later she fell in her home and after a few days in hospital passed on to glory.

‘The parish was really looking forward to celebrating her 100th birthday,’ said Reverend Paul Davey. ‘But 99 years is a great life of Christian service and because we know she trusted Jesus we are confident that her second life will be well past 100 years! We’re looking forward to seeing her again in heaven, learning some more from her about the history of our parish and celebrating with her for an eternity.’